RORY CELEBRATES THE BEST OF CUMBRIA 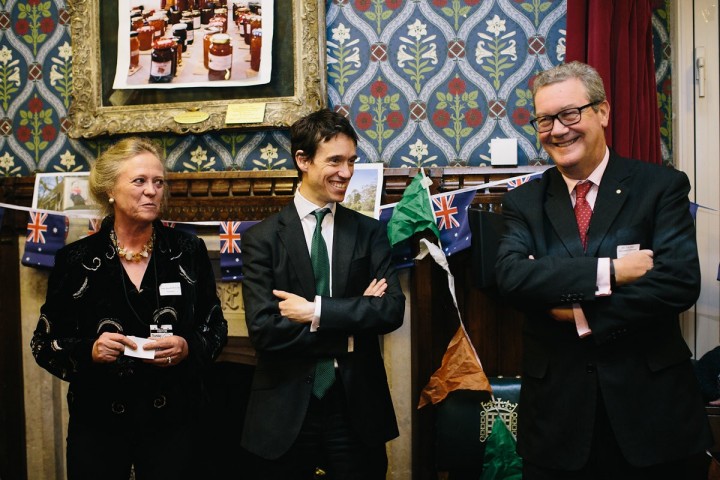 Rory Stewart MP hosted an event in Parliament last week to celebrate the work of the Dalemain Marmalade Awards. At the event, Mr Stewart was joined by His Excellency The Hon. Alexander Downer, the Australian Ambassador, and both spoke of the wonderful energy of the organiser, Jane Hasell McCosh of Dalemain.

Rory said ‘Jane has brought her remarkable energy to this endeavour, publicising the very best of Cumbria while raising money for great causes in the process. The combination of Jane’s energy, international interest and the delicious marmalade has made this one of the most enjoyable events to attend in Cumbria.’

Next March Dalemain will be hosting the marmalade awards, in what promises to be a wonderful celebration of both some of the best marmalade from across the country, as well as a huge number of international entries and of course, the very best of Cumbria.