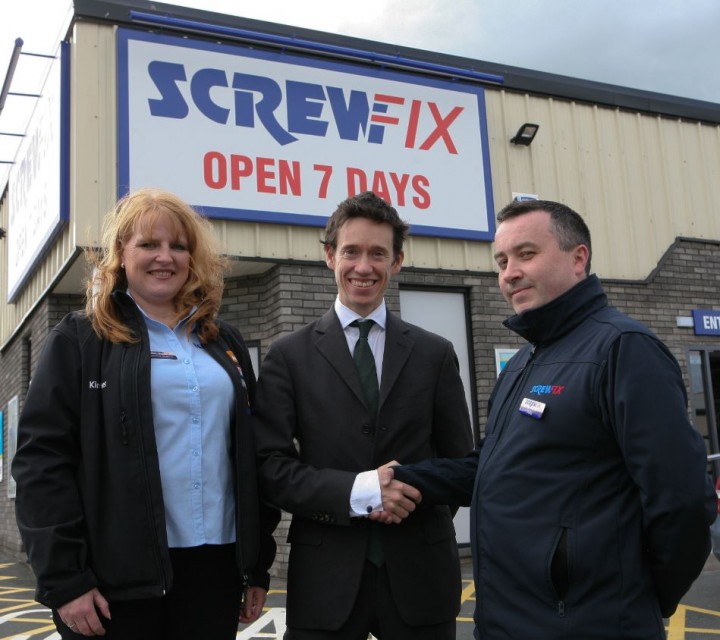 Rory Stewart MP was delighted to visit the new Screwfix Store in Penrith on Friday, which opened in January​, and applauded the work it is doing to encourage Cumbrian tradespeople to take on apprentices​. It is one of more than 40 new Screwfix stores to have opened in 2016 already, and is one of the fastest growing retail businesses in the UK​, employing 9,000 people across the country​.

Rory met with Area Manager Melissa Dutton, S​tore Manager, Pete Winwood, and members of the eleven-strong team ​at the East Lakes Business Park on Gilwilly, and learned about the Screwfix model of business as the UK’s largest multi-channel supplier of ​t​rade ​t​ools, p​lumbing, ​e​lectrical, b​athrooms and k​itchens.

​Every week it dispatch​es​ tens of thousands of parcels every week for next day and weekend delivery to tradesmen, handymen and serious DIY enthusiasts all over the UK​, and has received numerous awards in recognition of its workplace culture, including Gallup ‘​Great Workplace​’​ Award winner ​(2105), ‘Supply Chain Team of the Year’ ​(​2015), Verdict’s ‘Best DIY & Gardening Retailer’ (2015) and, earlier this year, Retail Week’s ‘Multi-channel Retailer of the Year​’​ and ​’​Employer of the Year​’​.

​Rory was especially impressed with the company’s ​Tradesman Manifesto launched in 2015, which highlighted the desire of UK tradespeople to hire their own apprentices, and called upon Government to support this increase in the trades. Many of the plumbers, electricians, builders, carpenters and other tradespeople questioned had little or no experience of taking on apprentices with only a small percentage taking on an apprentice in the last year. In response to this Screwfix, alongside the Department for Business, Innovation and Skills, launched a handy guide for tradespeople to pick up in store offering guidance and funding advice on how to go about hiring an apprentice.

Speaking after the visit, Rory said: “I thoroughly enjoyed my visit to Screwfix Penrith, and enjoyed meeting the store team very much. The workplace ethos was extremely impressive, and I was particularly interested in the great work Screwfix has done in making it easier, within the industry, to take on an apprentice. Their “Your guide to hiring an apprentice” which was produced with government support, is a brilliant tool for local tradespeople in the constituency, who see cost as the biggest barrier to taking on apprentices. In fact, it’s easier and cheaper than many think to take on an apprentice in the current climate.”

“From builders and bricklayers to plumbers and electricians, tradespeople are part of the fabric of our economy and communities; they build our schools, hospitals, homes and businesses, and that is why I and colleagues in Parliament want to support the industry, and companies like Screwfix, who are really vital to our prosperity.”

Melissa Dutton, Area Manager of the new store shared with Rory some of the feedback from its trade customers and some of the key issues, opportunities and challenges facing people in the trades in the local area.

​S​he said: “As a key supplier to the trade, we have a great relationship with our trade customers and can really help amplify their voice by getting their message across on visits like today​’​s.

Many of our customers are busier than ever right now so it’s important we work closely with the wider industry and the Government to consider ways to help them and to encourage growth in their businesses.”

For more information on Screwfix visit www.screwfix.com or pop down to the new store which is located on East Lakes Business Park, Gilwilly Industrial Estate, Penrith, CA11 9BB 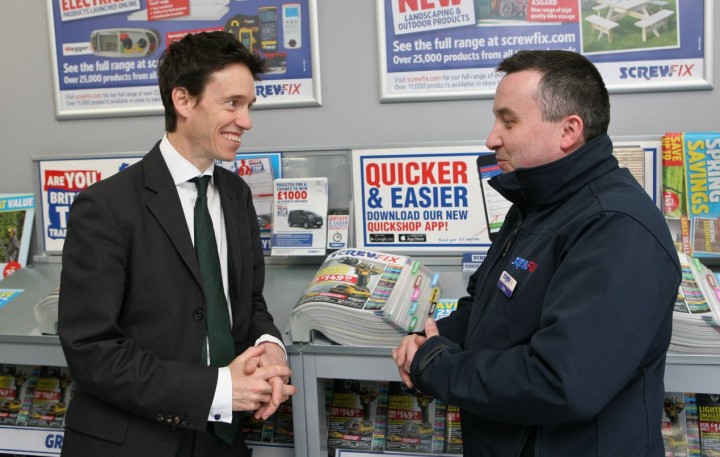