On Friday, local MP and Minister for Rural Affairs Rory Stewart attended the 2015 Graduation Ceremony at Newton Rigg, of the triumvirate of agricultural colleges – including Askham Bryan satellite colleges at Guisborough and at Newcastle – of which Newton Rigg in Penrith and The Border is the hub. Rory joined Askham Bryan Executive Principal Liz Philip, North-East and Cumbria Principal Wes Johnson, and the Board of Governors, to celebrate the largest-ever graduating class of around 700 students (more than half of whom are from Newton Rigg) and their proud families.

Rory praised the graduating class for their hard work, and praised Wes Johnson and the team behind Newton Rigg for creating such a vibrant, impressive centre of rural learning, where students are equipped with a wide range of skills and the confidence to invest their knowledge back into their villages and communities. The group discussed a range of problems to do with rural transport, improving rural skills, and helping to drive productivity in food, farming and game-keeping, all of which is central to the Government’s policies in this area.

Rory said: “We should be immensely proud of Newton Rigg. Six years ago it was in danger of closing. Cumbrian communities put huge energy into saving it. And it’s now growing rapidly into one of the leading agricultural colleges in north of England. I have been very impressed with the personal leadership of Wes Johnson, delighted to meet the new Director of Newton Rigg, Dr Jane Sullivan, and am really pleased to hear about the progress they are making with game-keeping. They are playing an enormous role in engaging on issues such as hen harriers with their award-winning Skydancer initiative, and demonstrating their understanding of local landscape with their working grouse moor near Shap. They are showing how the college is a leader not only in farming, but in the rural economy.”

North-East and Cumbria Principal Wes Johnson said: “Staff and students at Newton Rigg were delighted that Rory could join us at our annual awards day. Over 900 people over two events joined in the celebration of student success which for the first year included students, staff and parents from our Newcastle and Guisborough sites too. We consider Rory to be a good friend of the College and we look forward to working with him in the future to deliver positive outcomes for young people and for the rural economies of the north.” 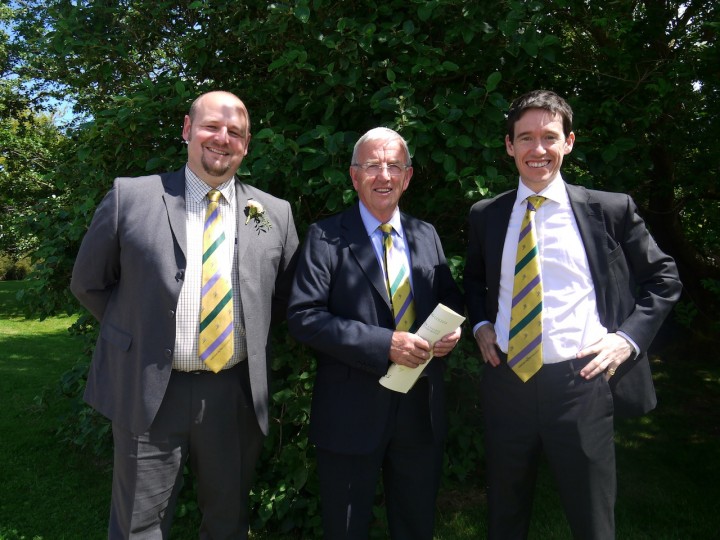