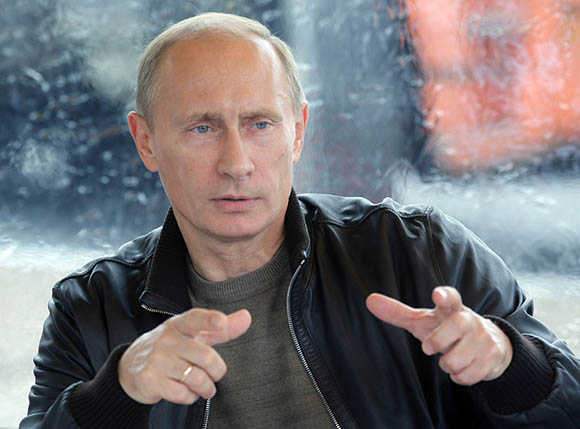 “It was very striking when the Russia crisis broke out for example that there were only two people left [in the Defence Intelligence unit] working on Russia.” “There was no Crimea desk officer,” in the service, which provides strategic defence intelligence to the Ministry of Defence and the armed forces. “The Crimea desk officer had to be moved across from the South Caucasus—and the Russian analysis section had been closed in 2010.”

Rory Stewart, the Conservative MP for Penrith and the Border and Chair of the House of Commons Defence Select Committee, has told Prospect that Britain is suffering from a serious shortfall in foreign policy expertise and analytical capability, which hinders its ability to cope with the multiple foreign policy threats it now faces.

In an interview with Prospect, Stewart set out the challenge posed to Britain by Islamic State extremists in the Middle East and the military adventurism of Vladimir Putin, saying that: “What’s really lacking in all these theatres is sufficient people who are deep experts on the language and the region to actually produce the options to ministers.”

There is no argument about the extent of the threat posed by the Islamic State group, Stewart says. It must be confronted. A more uncertain question is whether Britain can contribute to the development of a regional solution. This can only be done, says Stewart, “by having large, knowledgeable, energised teams on the ground working through these issues minute by minute.” Such teams, says Stewart, do not currently exist.

“In the Foreign [and Commonwealth] Office, for 16 years, the focus has been on management and corporate management skills and promotions. And people have not been rewarded for developing deep country expertise, or deep linguistic knowledge… “They’re being asked to be project managers, trade and commerce representatives,” says Stewart. “Often, diplomats who try to focus exclusively on producing very high quality reporting—contacting locals—find that they struggle to get promoted into the senior management stream.”

This has been accompanied by a loss of capacity. “Within the Ministry of Defence,” says Stewart, there has been a “hollowing out of institutions at defence intelligence which means that there are simply not enough people available to analyse Libya and Syria and obviously Crimea and Ukraine.”

This shortage of specialist staff, and the withering of corporate memory, means that previous decisions go unexamined. This deprives Britain of a body of knowledge on which it can draw when confronting new threats.

The same myopia affects Britain’s civilian strategic thinkers, he says. He is especially alarmed at the “terrifying idea” that has taken hold “that failure is not an option, the idea that these are existential threats that something must be done [about]—that leads people to dust down theories which really don’t bear much examination.”

From 2003-2004, during the US-led Coalition intervention, Stewart served as Deputy Governor of two provinces in Southern Iraq. In 2005 he established a charity in Kabul, the Afghan capital, funding infrastructure projects. He has been a strong critic of western ambitions for “nation-building” in both countries.

Britain and its allies must draw all they can from the experience of Afghanistan, in the hope of extracting lessons that can be applied to the confrontation with the Islamic State in Iraq and Syria. However, says Stewart, a broad failure of strategic imagination means that this learning process is not occurring.

“The big challenge is acknowledging that counterinsurgency warfare theory and nation building theory have failed,” he says. “Those theories turned out not to deliver. It turned out we were not able to nation build in the context of an insurgency.”

“People have been very slow to see how bad these theories were because they were essentially like snake oil being sold to somebody with a desperate terminal illness,” he says. “Like someone with an incurable illness [the west] was willing to reach for almost anything that was offered and pump incredible amounts of money into very flaky ideas: about Afghanistan being a centralised, gender-sensitive, multi-ethnic state.”

The few episiodes in the Afghan campaign which, at the time were considered victories by the west in retrospect look less shining. One example was in 2007, when the Sunni tribes in Anbar province in Iraq turned against al Qaeda, driving them out of their strongholds. Might the Islamic State now be driven out in a similar manner by those same Sunni tribes?

“Why on earth would it happen? Last time it occurred in the context of $130bn a year, 100,000 American troops on the ground, huge amounts of money going to the Sunni Awakening, giving money to over 100,000 people to fight in tribal militias. They took huge risks, a lot of them got killed and the whole thing fell to pieces three years later,” says Stewart, “so why should they trust us?”

“The challenge for the west is to take a long hard look at itself,” he says. The time has come for some considered reflection among “the think-tankers, strategists, diplomats, politicians, who so confidently asserted that they had solutions to Iraq or Afghanistan… Ultimately one has to believe that the world is going to become a more humane place,” he says, “that populations of these countries are going to work their way towards a settled, better future—we have seen that happen again and again in the world. But the idea that it is somehow within the gift of the west, that the west is sufficient or even necessary in that transformation, is now I think under pressure.

“We are going to have to rediscover our confidence by looking at places like Bosnia and Kosovo where we got it right,” he says “and try and understand how we got those things right if we are ever to intervene successfully again.”