RORY TO SLEEP OUT ON THE PENNINES

PENRITH and the Border MP Rory Stewart will spend this Saturday night sleeping in one of the highest and coldest places in England to raise awareness of Cumbria Community Foundation’s Winter Warmth Appeal.

They’re hoping their freezing night on the fells will encourage people to sign up for a similar challenge ‘The Big Sleep’ in a field beside the Low Wood Hotel, Windermere, on Saturday 15 February.

Rory Stewart explained why he is taking on the challenge, he said:

“Cumbria has some of the highest instances of fuel poverty in the country. Our traditionally built homes are difficult to heat and frequently off the mains gas grid, which make heating them very expensive. When your income is fixed, as is the case for many retired, elderly people, rises in energy bills can quickly become unaffordable, and the only choice left in the worst cases is to endure a cold home. It is completely unacceptable that an average of 300 people in Cumbria alone will die from the cold this Winter. The Cumbria Community Foundation plays a hugely important role in helping vulnerable older people meet the costs of heating their home. I was only too happy to do anything I could to help raise awareness of the Winter Warmth Appeal and the Foundation’s fantastic fundraising efforts, and I hope that our sleep out will do just that.”

“This weekend, we’ll be ensuring the safety of these brave souls by accompanying them to England’s highest, coldest, stone-built bothy, over 2,700 feet up in the Pennines. It’s no mean feat as the temperature will be well below zero and winds have been recorded at 113mph. The exact location for this Saturday’s sleep out is a closely guarded secret as we don’t want to encourage people to head out onto the fells overnight in winter. Instead we’d say consider joining The Big Sleep – a much more civilised sleepover beside the Low Wood on February 15.”

Whatever discomfort is felt by the adventurers, it is for one night only and will highlight the ongoing struggle many elderly Cumbrians face to keep warm every night.

This year’s Winter Warmth Appeal has already raised £52,000 to help older people in Cumbria stay warm and safe this winter – this is more than last year and half way to the target of £100,000.

But, all of this money has been allocated and given out to elderly people who are facing the stark choice of heating their home or eating a meal.

“I’d like to say thank you to all our donors who have helped raise more than £52,000 to keep older people warm this winter. We’d like people to join us for The Big Sleep in a field beside the Low Wood Hotel, Windermere, on Saturday 15 February. If you have your own camping gear and can bear the cold for one night to help raise even more money for older people, please join us. We’ll try to keep our minds off the weather by watching a family friendly film on an outdoor cinema screen. All the information you need and the names of the people who have already signed up are on our website www.cumbriafoundation.org.bigsleep or speak to Dan on 01900 825760.” 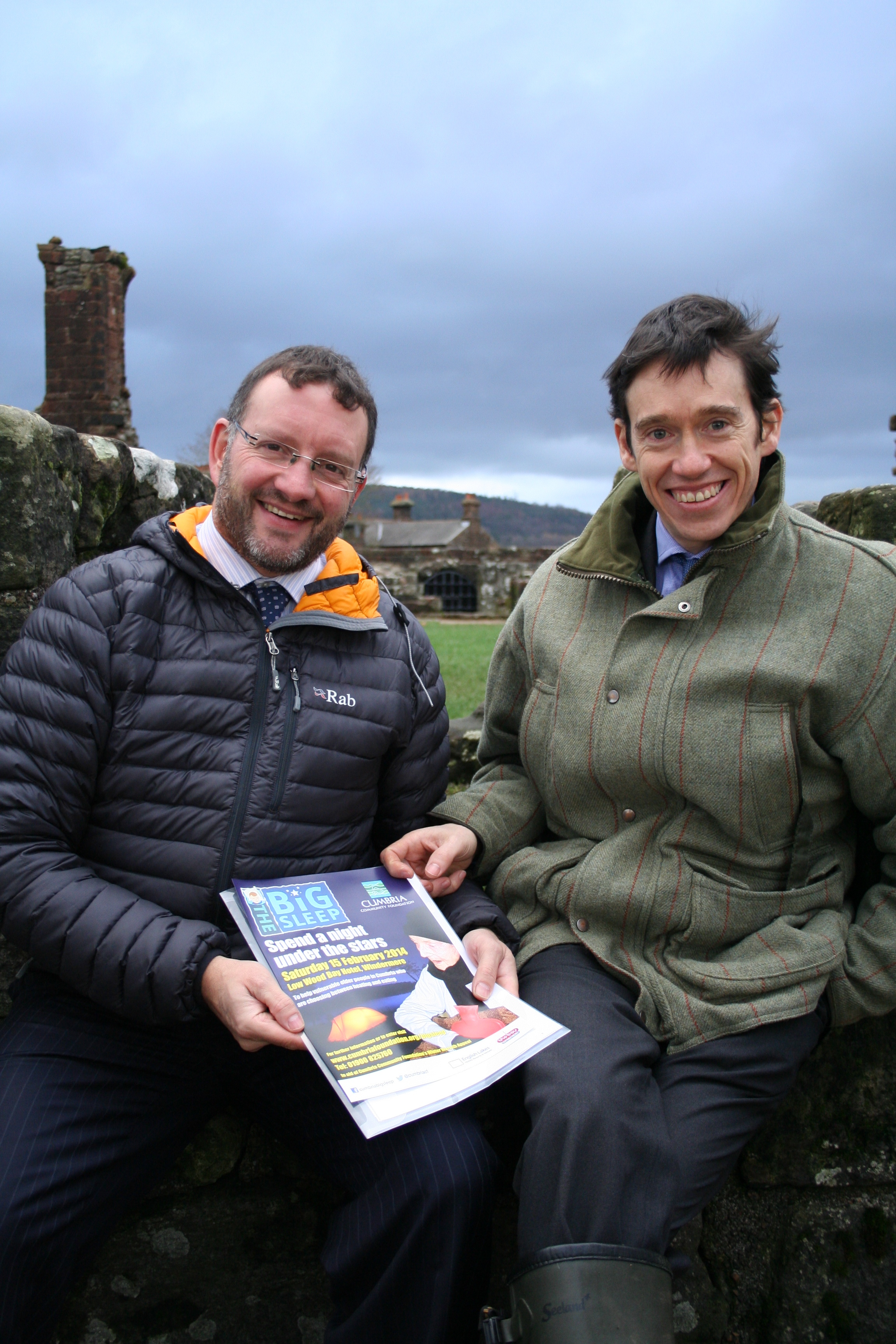