Rory joined members of the Friends of Wigton station, local residents, councillors and railway executives on Saturday to officially open the new ornamental flower-bed. The decorative sandstone display has been erected with the financial support of the County Council Neighbourhood Forum, the Co-op Community Fund, and the Cumbria Community Rail Partnership, as well as dozens of smaller local donations in the form of tools, plant, and volunteer time and energy.The ornamental flower bed is the beginning of a planned series of improvements to the station, including the reinstatement of some of the original station architecture, such as the waiting room, which is currently at nearby Netherhall Estate.

Rory, speaking at the event, gave special thanks to local stonemason Ian Lowes, who provided and cut all the stone, and Jim Riding, who built the flowerbed, even though he had recently undergone two knee replacements.

Speaking at the event Rory said: “I would like to thank everyone for their immense hard work in creating such a beautiful feature for Wigton station, which is such an important stop-off on the Cumbria coast line. It’s great that so many groups were able to come together and build something like this, which is an extremely attractive feature for our station. I look forward now to many more improvements for Wigton. The station is clearly held very dear by so many residents, and I look forward to continuing to support them in whatever way I can, and helping restore Wigton station to its former glory.” 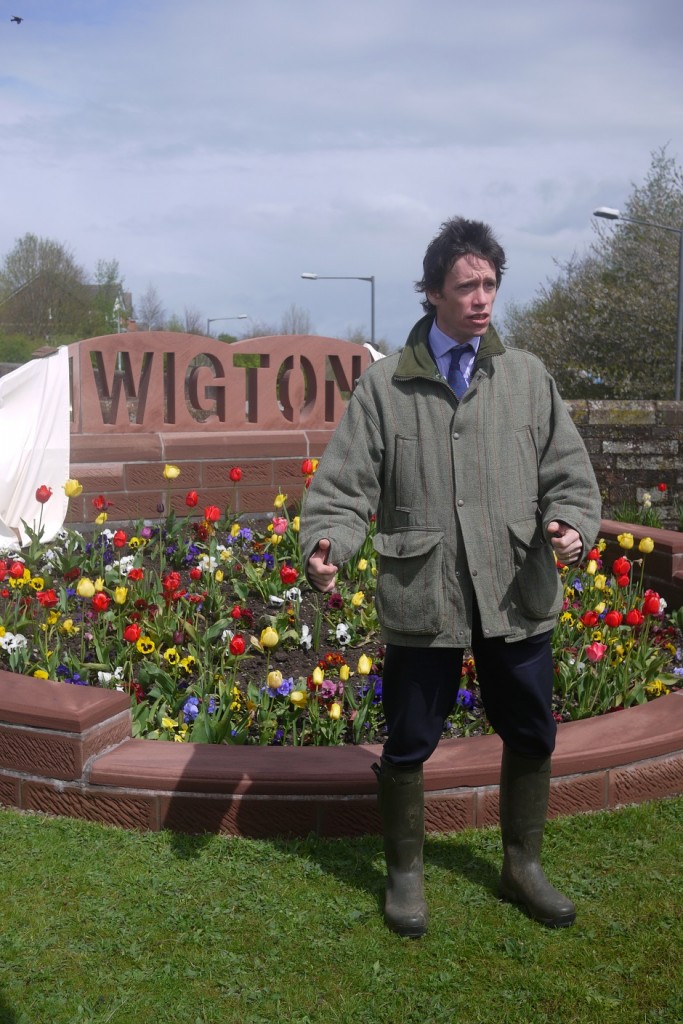