A week showcasing one of the country’s most important industries has been officially launched in Eden by Rory at Hutton in the Forest, where a fleet of state-of-the-art electric bicycles stole the show.

Organised by Eden District Council’s Tourism Team, the launch of English Tourism Week (16–24 March) saw Rory and specially invited guests try out the very latest in electric bikes in a bid to demonstrate how accessible the area’s tourism attractions are using this eco-friendly form of transport.

The bikes, specially provided by the Penrith Electric Cycle Centre in association with Southampton based electric bike suppliers Life Cycle, were used by the group to go on a special guided tour of some of the many lanes which surround Lord and Lady Inglewood’s historic home. Led by Anna Gray, an expert Blue Badge Guide who specialises in organising electric bike tours around Eden and other parts of Cumbria, the group were shown how easy it is to use the electric bikes and how users can cover significant distance with ease.

Life Cycle’s bikes can travel up to 55 miles on a single charge and this allows people to easily use them on a ½ day or full day excursion to explore all that Eden, Ullswater and the North Pennines has to offer. By using the bikes, that can be hired from the Penrith Electric Cycle Centre – www.electriccyclecentrepenrith.co.uk – users can reach a wide range of locations in the District in an easy and exciting way. Guided electric bike tours are also being developed around the Eden Valley as an innovative way in which to showcase the region.

“I was delighted to be asked by Eden District Council’s Tourism Team to launch local English Tourism Week events at Hutton-in-the-Forest.

“Tourism is now our largest income earner in Penrith and the Border. If we can preserve our beautiful landscape it will become more and more profitable in decades to come. The most exciting growth areas in tourism are outdoor activities, sport and guiding. The electric bikes were fun – and a great component of this. The guide was wonderful. I’d love to work with schools to get more students interested in tourism and guiding as a career. The whole day was typical of the creative Cumbrian approach to our primary asset – the beauty of our countryside.”

A key aim of the event was to create a greater awareness and understanding amongst key decision makers on how important tourism is for Eden. Rory was given time to talk to guests about issues affecting tourism in Eden and discover some of the ways organisations are striving to develop and enrich Eden’s already high quality tourism offer.

Jim Walker, Chair of the Eden Tourism Network was delighted with how the event has helped raised the profile of tourism within Eden. Jim said: “English Tourism Week is a great opportunity to celebrate and recognise the huge contribution tourism in England makes not just to the economy of the country but also the enjoyment it provides for both residents and international visitors to England.

“I’m delighted to have played a small role in helping to launch Tourism week in Eden, on behalf of all the tourism related  businesses in our area. Our visitors are becoming increasingly sophisticated and demand the highest standards and the Tourism industry in Eden is quick to respond to these needs. I encourage everyone to revisit an attraction, tourism facility or hospitality business during this week to see what has being going on. We’re all guilty of not being aware of the latest developments on our doorstep!”

The launch at Hutton in the Forest heralded the start of a week celebration of tourism that officially begins on 16 March and ends on 24 March. Many other organisations in Eden have embraced English Tourism Week and are staging events. Some examples include a special Daffodil Week at Lowther Castle and Gardens, a travel trade event being hosted by Hutton in the Forest and a concert featuring internationally known flautist Ben MacDougall by Penrith Music Club. 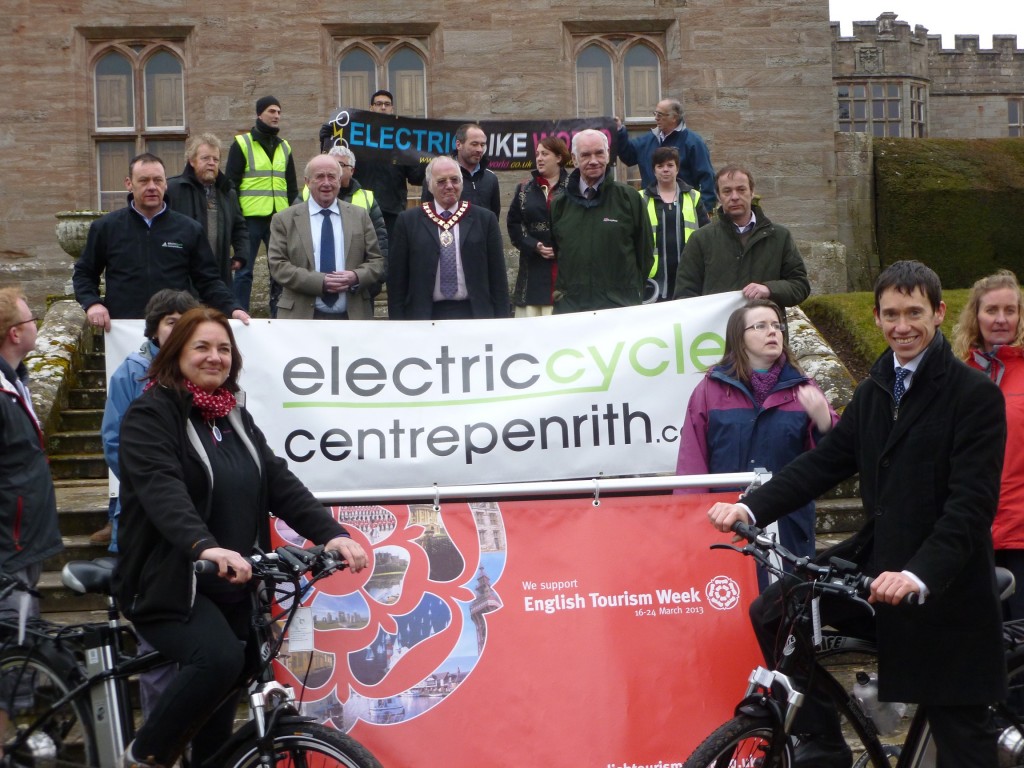