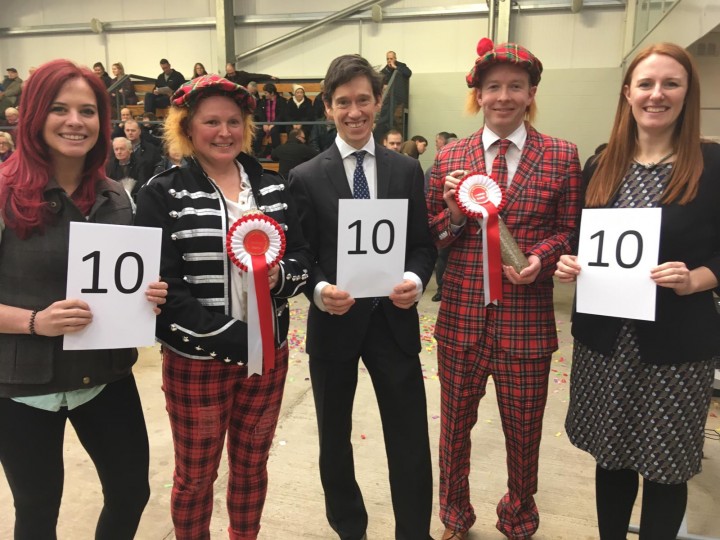 Along with fellow judges Hannah Jackson, better known as the Red Shepherdess, and Cumbria Woman of the Year, Joanne Thompson, Mr Stewart rated the dancers as they tried to impress judges with their Scottish reels. After the dancing, Mr Stewart auctioned off the first lot of the day – a signed bottle of House of Commons whisky, which was sold for £150.

The Farmers Charity Auction raised more than £55,000 which will be split equally between 4 local charities: Life Education Cumbria, the Stroke and Heart units at the Cumberland Infirmary and RABI. The auction is held every five years and is organised by the NFU office in Carlisle and five local auction companies in Carlisle, Wigton, Cockermouth, Penrith and Longtown.

After the event, Mr Stewart said: “It was an honour to be asked to judge the Scottish reeling and a joy to do it. I commend all the couples for learning the reels and putting their all into the dancing – as well as their outfits.

“It was fantastic to see so many people at the auction supporting the auction. And I’m delighted so much money was raised for such worthy local causes.”