Rory and Gordon Nicolson – leader of Eden  District Council – have invited Planning Minister Nick Boles to pay a visit to the area in the New Year to get a better sense of the groundbreaking Upper Eden Neighbourhood Plan.

The Draft Upper Eden Neighbourhood Plan – covering Brough Parish and 16 surrounding parishes in East Cumbria – is the first in the country to be successfully examined under the Localism Act. Following report recommendations by John Glester to Eden District Council, the proposed plan should now proceed to a referendum in March 2013, asking local residents whether it should be adopted as Formal Planning Policy for the area.

The Localism Act 2011 gave communities the opportunity to prepare planning policies (a Neighbourhood Plan) and have them adopted by the District Council as Statutory Policy provided they met with higher planning strategies and were approved by a simple majority in a referendum at the community level. The Upper Eden Community Plan has focused on policies which will address in particular, the problems of affordable housing, housing for the elderly, and housing on farms. In addition to this it may also put in place planning policy which helps deliver faster and more reliable broadband access to the local communities.

Malcolm Smith, Eden District Council’s Economy and Planning Portfolio Holder and Ward Member for Brough said: “We are very proud that Eden is at the forefront of putting localism into action. I hand it to the parishes of the Upper Eden who have seized the opportunity to produce planning policies that they feel suit their local circumstances. The next stage is the referendum, and I urge everyone in the area to participate.”

Rory said: “It is fantastic that time and again Cumbrian communities are showing how they are taking the initiative to bring about the changes that matter to them most. If successful, the Upper Eden Neighbourhood Plan will put local communities in the driving seat on policies such as affordable, rural housing and rural broadband – two of the most important issues to local residents in the area.  I am delighted that Nick Boles has agreed to visit and gain a broader understanding of this project, and potentially see how it could be replicated across Cumbria and the UK.”

Nick Boles, the Minister for Planning at the Department of Communities and Local Government said: “I would like to congratulate Eden District Council and the Upper Eden Community on being the first place in the country to have a neighbourhood plan successfully examined under the Localism Act. This is a significant milestone and represents a momentous achievement for the district of Eden. I wish them the very best as they proceed and I look forward to visiting Upper Eden and to finding out more about their exciting plans in the New Year.”

The Examiner’s report and details of the referendum will be published as soon as possible. For more information about Eden District Council’s work with local communities visit www.eden.gov.uk 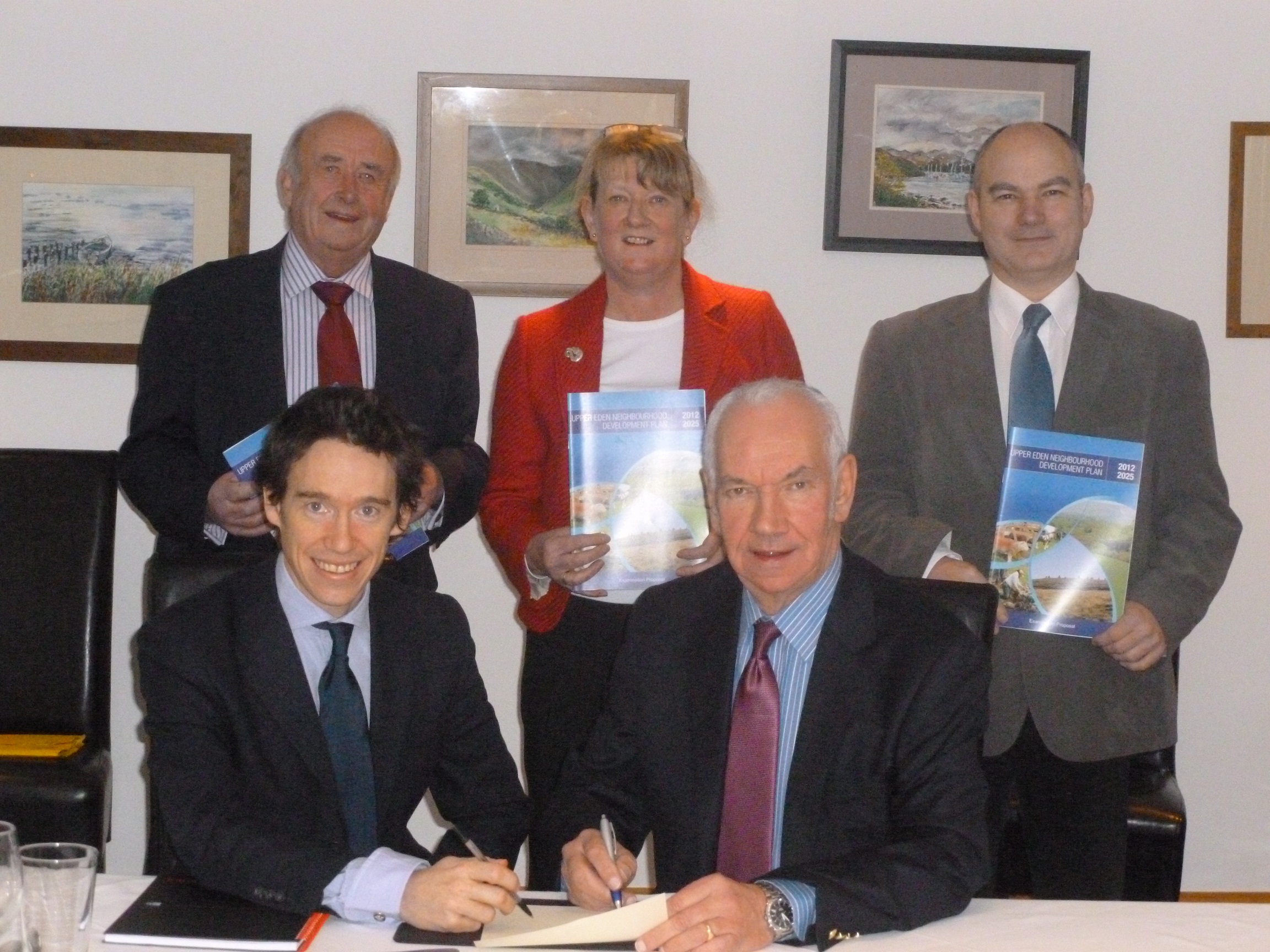