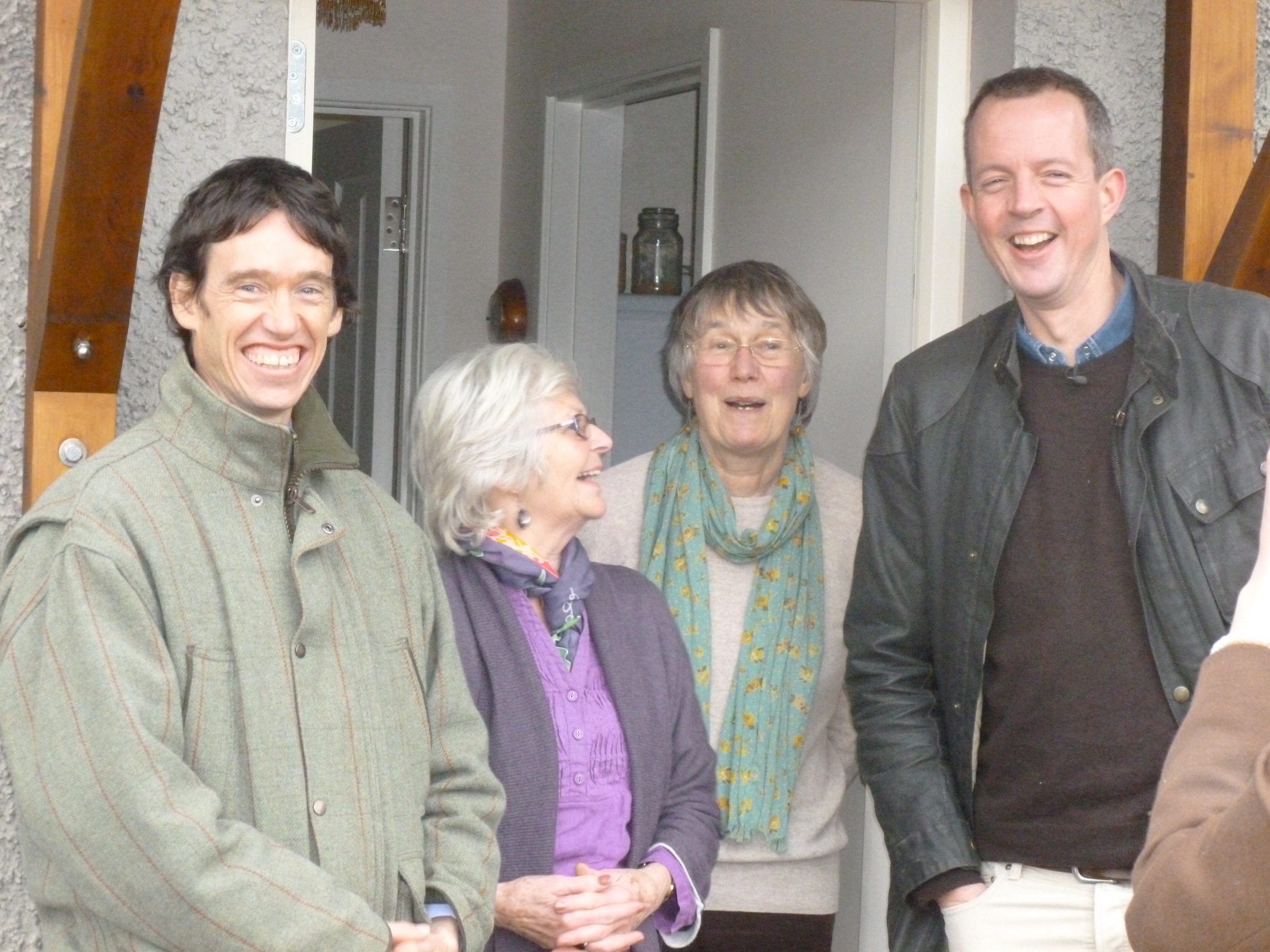 Rory was delighted to welcome to his constituency this week the government Minister for Planning – Nick Boles MP – who visited both the Upper Eden Neighbourhood Development Plan (UENDP) area and the Lyvennet Community Trust’s affordable housing project Stoneworks Garth at Crosby Ravensworth. The Ministerial visit included a trip to Brough where Nick Boles met with a local family struggling to find an affordable house, an issue which it is hoped the UENDP will address. He discussed the plan with its Chairman, Tom Woof, who explained the history of the Upper Eden community’s decision to create a neighbourhood plan and why they had chosen to focus on aspects of local planning and affordability.

The Minister also visited Crosby Ravensworth where David Graham – Chairman of the Lyvennet Community Trust – had the chance to showcase the 12 affordable homes built for and owned by the local community. Residents, Councillors and other interested parties met at the village hall to discuss the significance of both local projects and address any concerns surrounding government policy on housing and planning. The Minister used the visit to announce proposals by the Department for Communities and Local Government regarding the Community Infrastructure Levy (CIL), highlighting that funds raised through the CIL would be used to support local infrastructure needs determined by the community.

Rory said: “I am very glad that the Minister chose to visit Cumbria and see for himself the way in which our communities are taking the initiative and bringing about the changes that matter to them most. Affordable housing is one of the biggest issues facing our local communities and the Upper Eden Neighbourhood Plan and the Lyvennet Community Trust are two prime examples of how we can now meet the challenges of providing more local, affordable housing. The Minister has rightly recognised the value and significance of these projects, and it is important we build on this momentum to encourage many more local communities to get involved.”