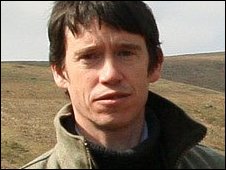 WEEK ONE: Last night was the most dramatic event I think I’ve ever witnessed.

It was in the 1922 committee room, incredible, as you can imagine, panelled oaked room with pictures of Gladstone at the back and so many Conservative MPs gathered in that room that I ended up sitting on the floor cross-legged in the middle of the aisle with all these people sitting around.

When Cameron came into the room there was this incredible clattering and thumping as people banged the tables really, really hard.

David Cameron then sat there for about an hour, talking through the options available for a coalition with the Liberal Democrats and you could see the faces of the young MPs, myself and over 100 people who have just arrived adjusting to this; trying to get a sense of how much they could say.

Was there going to be a vote at the end? There turned out not to be. Were we going to really engage in the debate? To what extent was this theatre? Were we watching history unfolding in front of us? Were we influencing it or were we just, in the end, part of the furniture?

Or, in my case, obviously not sitting on the furniture at all – just part of the carpet.

WEEK TWO: One of the things that was very striking as we came out of our first big meeting in the chamber was getting to know the new members of Parliament.

Not so much on the Conservative side but particularly on the Labour side because, of course, all the Lib Dems are sitting on the same side of us.

So across the aisle are these young Labour people. I’ve got a friend called Tristram Hunt (MP for Stoke-on-Trent Central), who I like very much, who is sitting over there.

He was sitting next to a very glamorous looking person called Gloria De Piero (MP for Ashfield), who’s a celebrity TV journalist, and I went over to talk to them afterwards. They seem to be quite young, quite informal – quite a fun group.

I actually had a very good conversation with some of them though I must confess there was a moment I thought, when I was talking to Luciana Berger (MP for Liverpool Wavertree), that when I told her I was a Tory she didn’t seem so keen on talking to me anymore.

It felt a little bit like I had turned up at a dance and somehow was wearing the wrong kind of shoes.