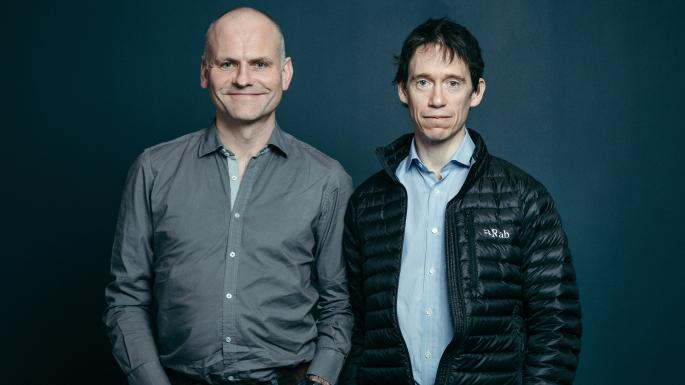 Article first published in The Times by David Aaronovitch on 3 May 2017.

By the age of 31 (he’s now 44) Stewart had tutored Prince William and Prince Harry, served in the Black Watch, been part of the Foreign Office team in the former Yugoslavia, walked alone across Afghanistan in the immediate wake of the fall of the Taliban and helped to run a remote province in southern Iraq. So you’ll understand that it’s an act of jealous spite on my part to write here that his real name is Roderick.

Wiry and slight, Stewart is a man who never looks totally shevelled, though today he has a reasonable excuse, since he has a five-day old baby in the house. He also has a habit of answering questions while looking down at his hands, which conveys a sense of modesty. As though he is trying to disappear, or at least give the impression of someone trying to disappear. Maybe he’ll suddenly remember what he really should be doing, pick up a rucksack and walk out, en route for a hike down the Colombian drug trail or among Filipino jihadists.

Why did Brown want to do this as a play, given all the other plays there have been about Iraq? “Most of those,” he says, “have been all about being a soldier. But what is unique about Rory’s story is that it takes you into the nitty-gritty of the political confrontations in Iraq itself after the invasion. No other story really does that.” To Brown (“does this sound pretentious?”) the confrontations between Stewart, representing the well-meaning occupiers, and the Iraqis he has to work with had him thinking. “I read the book and thought, ‘God it’s like the Oresteia or something.’ It’s an extraordinary story about blood feuds and deeply held feelings. It’s very comic and absurd and there’s a lot of misunderstanding in it. It’s something deep in the roots of drama itself: Greek tragedy came into being at the same time as democracy and they’re grappling with vendetta and feud and those sorts of things. That’s my grand, pretentious claim!”

The play, then, is partly a schematised version of the problem Stewart faced as deputy governor in the provinces of Amara and Nasiriyah. In essence Stewart, while trying to bring basic services to an area that had been partly destroyed under the Saddam Hussein dictatorship, had to decide which Iraqis to talk to and which to exclude.

In the play this becomes a three-way power struggle between the charismatic Karim, “Prince of the Marshes”, the incoming Shia Islamist, Seyyed Hassan, returning from Iranian exile, and Stewart himself. Brown’s objective, he says, was “to give each an independent life and viewpoint and I’m hoping that, as a result, the audience’s sympathies are complicated”.

For Stewart this question of whether to accommodate the Islamists was a horrible dilemma. On the one hand they were dynamic and well organised and had suffered at the hands of Saddam, and on the other they were brutes. One man they murdered, recalls Stewart, was his translator, Haydar, who was dragged from his car by the militias. In the morning they’d talk and in the evening they’d kill.

Stewart is reflective. “I think I believed that if I worked hard enough and was attentive enough to what happened at a very local level, listened enough, it would be possible to shape something which was at least slightly more humane, prosperous and stable than what was there when I arrived. Even 13 years on I’m still not able to provide a completely clear answer about why that didn’t work. What it was about that moment in Iraqi society that made it so difficult, when there were so many Iraqis that wanted to make it work, and there was a huge coalition presence that was desperate to make it work?”

Has he discovered anything surprising from Brown’s play? “Yes,” he tells his hands, “he makes me see how young I was and how much it was for me, in a way that embarrasses me, a sort of adventure. How excited I was to go there, how fascinated I was by the whole process.” And what about the playgoers who might be expecting a story of a naive western booby who bumbles into a place of which he knows nothing and where he has helped to create chaos?

Stewart becomes emphatic, passionate even. “I get frustrated by this conversation, when I encounter this clichéd criticism of it. What I want to say to them is that you don’t know anything about Iraq. And Stephen’s trying to make you see what it was like. And all these assumptions you have that it all went wrong because George Bush is an idiot are themselves wrong. By extension, I’d say I’m not an idiot either. People are underestimating how much we knew, and how hard we worked and what we did. That it wasn’t an amateur project at all. It failed for much more elusive and deep structural reasons. I hope that the audience will leave the play still confused by why things went wrong.”

And what about the experience of seeing yourself acted on stage? “That’s going to be really, really, really weird. The director’s not letting me into the rehearsal room — he sees this as a work of art so I’m being kept out. What I can tell you is that the actor, Henry Lloyd-Hughes, is much better looking than me.” The actor’s eclectic CV includes Indian Summers, The Inbetweeners and, amusingly, playing David Miliband in the TV documentary-drama Miliband of Brothers. “He’s a tall, sporty guy where I’m small and bandy-legged. I think I’d be more comfortable being played by Danny DeVito,” says Stewart.

Brown has been kind, he says, partly because they’ve been friends for years. “For thirty years!” laughs Brown. “Up until this point!” They met at Eton College aged 13, co-edited the school magazine and then, at 18, engaged in their first theatrical collaboration. And last, till now. It was a 45-minute show written by Brown called Geometry and it showed at the Edinburgh Fringe. “It was to do with black magic,” says Brown, turning to Stewart. “And you were playing Death.”