Rory Stewart MP welcomed Steve and Jennie Allison, of Low Howgill Butchers & Deli, at the House of Lords where they attended the 2016 Countryside Alliance Awards. Low Howgill Butchers, of Appleby-in-Westmorland, fought of stiff competition to be chosen as the winner in the North of England region, narrowly missing out on the national prize. The reception was held in Cholmondeley Room in The Palace of Westminster. The competition was devised by the Countryside Alliance as a way of celebrating the communities, skills and produce of those who work so hard to keep rural life ticking. Rory Stewart said: ‘The Countryside Alliance Awards is a fantastic initiative that celebrates the unsung heroes of rural communities across the country. I am a huge supporter of quality local produce and the success of Low Howgill Butchers at the awards has placed the quality of Cumbrian producers on a national stage. I congratulate them on their award and hope that they can go one step further next year!’ 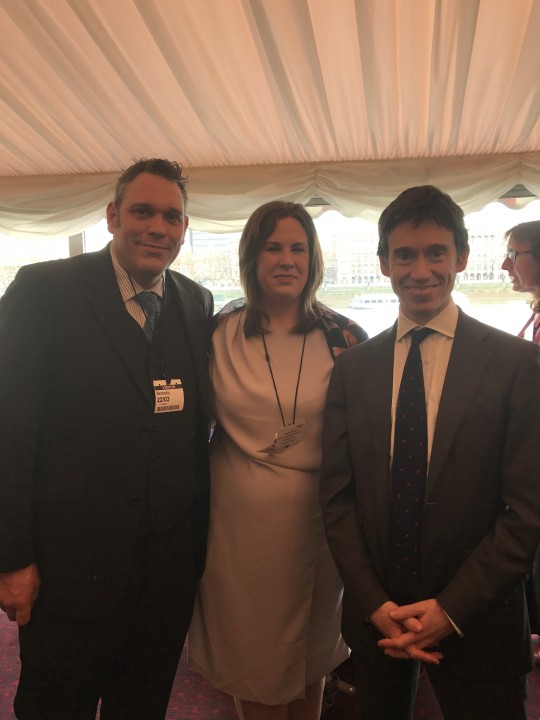