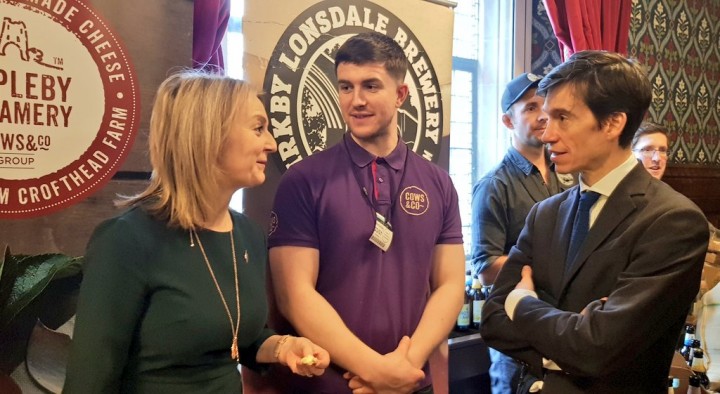 Rory together with the other Cumbrian MPs, co-hosted the fourth annual ‘Cumbria Day’ in the Palace of Westminster this afternoon.

Showcasing the very best of Cumbrian produce and ingenuity in the heart of London, exhibitors from across the county were invited to showcase their work and produce, while networking and meeting their Members of Parliament, each of whom had invited two businesses to the event. This year Rory selected the Appleby Creamery and Original Marquees to represent the businesses of Penrith and The Border.

Turnout was extremely high, with MPs, Lords, civil servants and Parliamentary staffers all attending, to sample Cumbrian produce and to learn more about the county’s economy. Rory and the other Cumbrian MPs all attended, as did senior members of the Government, including the Chief Secretary to the Treasury, Liz Truss MP, and Speaker John Bercow.

Commenting on the event, Rory said: “Today has been a massive success and I would like to pay a huge tribute to all of those who came.

“This is the fourth time that Parliament has played host to Cumbria Day, which is an important reminder of the very best of our county. Appleby Creamery and Original Marquees, between them, represent Penrith and The Border’s strengths: a vibrant agricultural economy and a genius for tourism. A huge thank you to them for coming and to all the attendees”