RORY MAPS OUT FLOOD SESSIONS ACROSS THE COUNTY 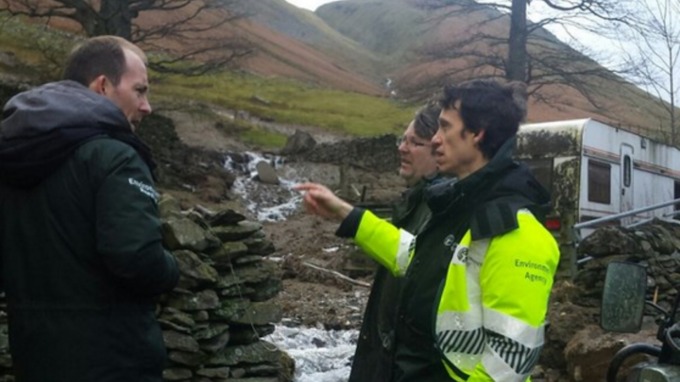 R​ory Stewart MP, the Chair of the Cumbria Floods Partnership has laid out, with the Environment Agency, a calendar of community flood discussions across the County, and is encouraging Cumbrians to drop in. ‎These sessions will help feed-in to the longer term work on improving flood planning across the County.

Rory said: “We have to learn from local communities. These drop-in sessions are an important opportunity for local people to inform flood risk management in their community by providing information on their experiences. It is so important for us to be able to learn from local communities, and to build their experiences into the planning for future resilience and prevention, and so I encourage anyone with an interest to attend.”

Dan Bond, Environment Agency Manager, said: “You can’t underestimate the devastating impacts of flooding to people’s lives and the key to recovering quickly, and increasing our flood resilience in the long term, is to listen to the people who experienced it first hand and learn from their experiences.​ ​We’ve been visiting affected communities since the flooding began in early December, and these drop-in sessions are the start of a more coordinated approach to involving local people in the development of local flood risk management plans.”

Anyone affected by ​ the recent​ ​flooding ​ ​is encouraged​ ​to come along and ​ ​meet with Environment Agency officials.

Technical experts from the Environment Agency and County Council will be​ ​available to chat to, with support from a number of agencies that can provide advice and support.

The first drop-in sessions, detailed below, will be held in a mobile trailer with further meetings to be​ ​scheduled soon to coincide with parish council meetings, dates to be confirmed:

For more information on the flood risks, members of the public can call the Floodline number on 0345 988 1188.