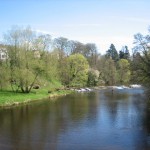 Rory has welcomed the proposed new deal between Government and the insurance industry which will look to ensure all households are guaranteed affordable flood insurance cover. Rory has been a vocal campaigner for those in flood-risk areas, and has hosted flooding Minister Richard Benyon in Penrith and the Border on a number of occasions to […] 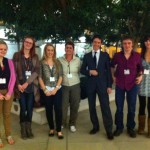 Rory in collaboration with the Environment Agency held a first-of-its-kind flood ‘surgery’ on Friday 4th May at the agency’s Penrith base, attended by residents of flood-affected communities in Penrith and the Border. Representatives from various flood action groups came to discuss ongoing flooding and gravel management work at Eamont Bridge, Pooley Bridge and Appleby, all locations […] 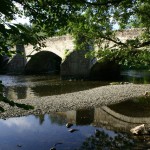 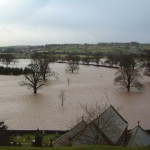 Rory invited Carlisle City Council and Environment Agency representatives to attend a meeting with constituents who are members of the Rickerby Flood Action Group to discuss the group’s history, and brokered a potential solution to the community’s flood defence problems. The group hopes to further reinforce flood defences at Rickerby Park, Carlisle, and requested Rory’s […] 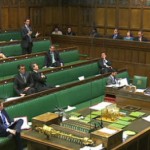 Transcript Rory Stewart: This is not a party political question. The Scots argue strongly that one of the best ways to deal with flooding is not to allow construction on flood plains. Will the shadow Minister acknowledge that one of the real errors of the past 15 years has been our construction policy, rather than […] 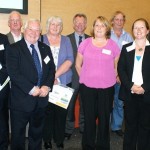 Rory has shown his support for Cumbrian communities affected by flooding at the Northern Flood Conference, held in Carlisle on Saturday, where he joined fellow Cumbrian MPs Jamie Reed (Copeland) and Tony Cunningham (Workington) in a  wide-ranging discussion on the issues affecting Cumbrian communities at risk of flooding. The conference, organised by a consortium of […] 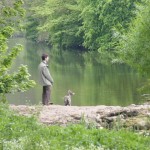 I have spent the last two days walking along the Eden. I thought I would experience and remember it as a single flowing stream. But instead it seems many rivers. At Mallerstang below the falls the valley is narrow, with folds and rivulets and short limestone distances that conceal castles. The dark rearing crest of […] 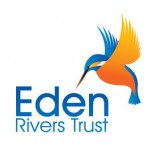 On 1st September Simon Johnson, Director of Eden Rivers Trust, and I will commence a fund-raising walk along the entire length of the River Eden. The 80+ mile walk, lasting four days will raise funds for Eden Rivers Trust’s conservation and education projects. A dawn start sees in day one on the 1st September at […]

Rory has given his support to Allerdale Borough Council’s national award nomination for its emergency response to the floods in Allerdale last November. Rory has joined hundreds of others in voting for the Council’s entry in the finals, competing against teams from Birmingham, Plymouth and Oldham for the coveted title of “Team of the Year” in […]