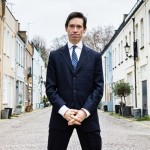 Rory Stewart: “The PM’s deal is better than what we’ve got at the moment. It acknowledges the referendum”

Article originally published in The House Magazine on 30 November 2018 by Kevin Schofield. As someone who knows a thing or two about conflict resolution, Rory Stewart may well be the perfect minister to be trying to gather support for Theresa May’s Brexit deal. Let’s face it, she needs all the help she can get […] 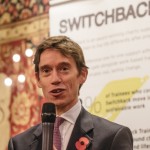 First published in the Prison Service Journal by Paul Crossey in November 2018. Rory Stewart is the Member of Parliament for Penrith and the Border having been re-elected in 2017 following his initial election in 2010. He became Prisons Minister in January 2018, the fourth Minister in as many years. His previous ministerial roles in […] 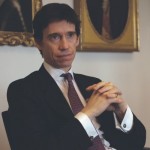 TIME TO CLEAN UP

Article first published in Inside Time by Erwin James on 31 May 2018. “What I’m trying to work out is what it is that makes one prison, for example Altcourse, work well, and another prison – not too far away – not work well,” says Prisons Minister Rory Stewart when we meet at MoJ headquarters […] 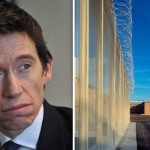 Article first published in The Daily Express by Camilla Tominey on 4 February 2018. In his first interview after just three weeks in the job, Mr Stewart said he was also considering installing airport-style scanners in the worst 30 prisons and recruiting more ex-military personnel to improve discipline. Speaking after an inmate was stabbed to […] 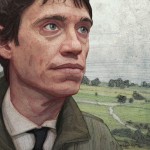 Article first published in The New Statesman on 15 May 2017. What’s your earliest memory? Trying to shuffle on skis when I was three or four, behind my father down the thin snow of a flat London street. Who is your hero? My father, who spent three hours playing with me every morning before school: […] 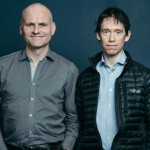 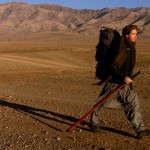 WHAT DOES HOME MEAN TO A NOMADIC TRAVEL WRITER?

Article first published in Outside by Andrew Fedorov on 22 November 2016. When Rory Stewart was 15 and visiting his parents in China, he bought a cheap bicycle in a Guangzhou department store and decided to bike more than 100 miles back to the family apartment in Hong Kong. This worried his mother, though perhaps […] 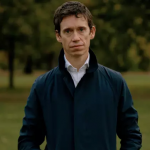 A walk with the FT: London’s Hyde Park with Rory Stewart

Article first published in The Financial Times by Alec Marsh on 18 November 2016. Rory Stewart’s stride is long and distinctive. Not Ministry of Silly Walks distinctive, more of a purposeful lope – like a greyhound in the moments before determined acceleration. I hurry to keep up as he tells me his desired speed is […] 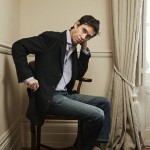 Article first published in the Wall Street Journal by Alexandra Wolfe on 4 November 2016. In 2011, the British politician and diplomat Rory Stewart decided to walk the 73-mile length of Hadrian’s Wall, the nearly 2,000-year-old structure marking the northwest border of the Roman Empire, with his then 89-year-old father. Mr. Stewart’s goal was to […] 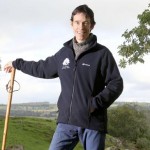 FLORENCE OF ARABIA TAMED BY A TODDLER

Article first published in The Times by Oliver Thring on 9 October 2016. In November 2014 Rory Stewart delivered his son on his bathroom floor after his wife went into labour unexpectedly. Nine months later the Tory MP, author and former adventurer held his 93-year-old father as he died. Guided by paramedics on the phone, […]