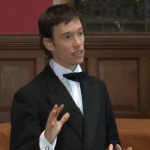 Rory speaks in Oxford Union debate: This House would fight for Queen and Country

Rory gives his argument in proposition for fighting for Queen and Country. 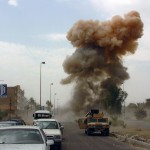 looking back on iraq

It is the tenth anniversary of the invasion of Iraq, and nine and a half years since I first boarded a troop plane to Basra. I still find the scale of our failure astonishing. It was a war in which 179 British and 4488 American soldiers were killed, and over 40,000 wounded. A trillion pounds […] 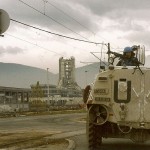 What can afghanistan and bosnia teach us about libya?

I have spent most of my adult life working on, and in, interventions. I began as a junior diplomat with East Timor, served in the Balkans and inIraq, then spent a few years in Afghanistan. But none of this made me feel I could predict the future of Libya as I entered Tripoli in August. There were echoes of […]

Tripoli has fallen since the last issue of the Herald. And an ‘intervention’, which was never quite an intervention, is ending. It was never popular outside Libya: many felt it was a distraction and a waste of money. Few predicted that Tripoli would fall so easily. And the aftermath seemed doomed to chaos. But instead, […] 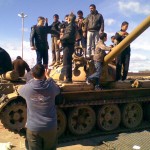 Published by The London Review of Books, 18th March 2011 Until yesterday, I thought we were at the end of the age of intervention. The complacency that followed the collapse of the Soviet Union had been shattered by the Balkan wars; despair was followed by the successful interventions in Bosnia and then Kosovo; then triumphal […] 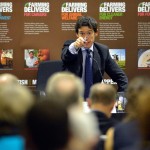 libya and the middle east

It is two in the morning. The House of Commons debate today was on Libya and the UN resolution passed three hours ago. There is talk of planes flying tonight. On the radio, Gaddafi’s spokesman rattles off UN jargon in English: ‘the technical aspects of the cease-fire’, ‘some concerns over the text’. The spokesman – […] 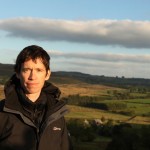 Nine non-violent options for international action in Libya by my friend Carne Ross:   1.  Establishment of an escrow account for Libyan oil revenues: this would require further UNSC chapter VII authorisation.  At present, it appears that all oil revenues, including from oil produced from rebel-held areas, flows to the Libyan government.  All payments should […]

Rory will be speaking in a debate at Cadogan Hall, London, on Thursday March 3rd 2011 at 7pm. The debate is entitled “Let the bad guys be: David Aaronovitch and Rory Stewart on the perils of foreign interventionism” Tickets can be purchased directly on the Intelligence Squared website by clicking  here. Or, if you are […] 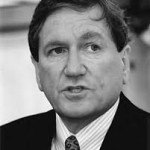 Article first published in The Huffington Post on 20 December 2010. Last January, Richard Holbrooke called my cell phone at midnight, although we were both in DC. He had been Special Envoy for Afghanistan and Pakistan for a week and he wanted to quiz me on Afghanistan. After each reply he paused and then — […] 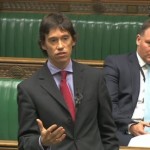 Rory’s speech on the UK armed forces in Afghanistan

Transcript I find this a very powerful, very troubling and very worrying motion. It states: “That this House supports the continued deployment of UK armed forces in Afghanistan.” If one were to remove the word “continued”, there is nobody in this House who would oppose the motion. Every Member, day by day, feels more admiration […]