After introducing the Prime Minister to some of the key players of the Eden Valley’s Big Society vanguard on his visit to Cumbria, Rory then spent the afternoon helping David Cameron to build a raft on the shores of Ullswater alongside a group of Warwickshire teenagers taking part in the government’s pilot National Citizen Service scheme. Mr Cameron’s visit to the Outward Bound Trust centre at Howtown, Ullswater was aimed to demonstrate the success of his National Citizen Service scheme – which he says will be essential to mending ‘Broken Britain’.

The Prime Minister and Rory sat and chatted with 16-year-olds who were taking part in the residential segment of the pilot scheme, and discussed their experiences of the pilot before planning how they were going to build their raft. The politicians changed out of their suits in readiness of the challenge, chatting and joking with the youngsters as they made the short walk down towards the lakeside – locals and tourists stopping in their tracks at the rare sight of their Prime Minister in the heart of the Lake District. They then built the raft from wooden poles and barrels, before Rory and the Prime Minister jointly pushed the raft into the lake – the Prime Minister knee-deep in water.

The Prime Minister said: “This is one of the things we need to do – we need to give young people these opportunities, bring them together in new ways and give them the skills to become good citizens. The National Citizen Service scheme does all of those things.” 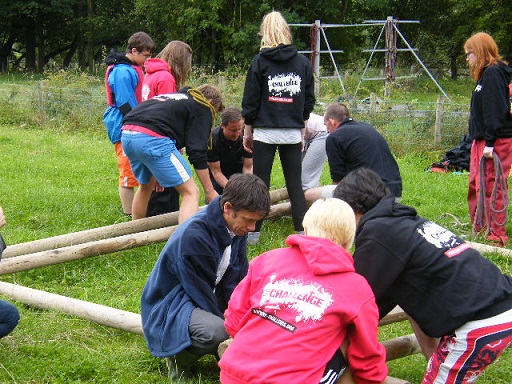 He told the young people that raising their aspirations and instilling in them a sense of community was one key elements of the scheme and also expressed his hopes that the pilot would grow to 30,000 participants next year, an increase on the 10,000 young people taking part this year.

Rory said: “It’s been an extraordinary day, and one in which the Prime Minister has shown his real passion for National Citizen Service – a scheme that has at its heart a sense of duty and pride in the community. It has also been fantastic to spend so much time with him on a project that is so central to the aims of this government, particularly having pushed so hard for Cumbria to be a national rural pilot. Many detractors say that this might be a waste of money, and that is par for the course with any new initiative: but these young people are obviously having a really exciting, fulfilling time. This is a wonderful project to have been involved in, and I’m very proud of it.”

Cumbria has been one of twelve areas chosen to pilot the NCS scheme, the broad aims of which are to teach young people about teamwork and leadership, values, and the importance of being part of a community. Teenagers from local towns and cities are grouped with others they have never met before for the course, spending a week on a residential course at an Outward Bound centre, a second week in their home area, and a third phase of 30 hours of social action volunteering in their communities.  During this final week they also plan and pitch a community project which they will implement themselves over subsequent weekends.

Since the scheme began in Cumbria at the beginning of summer, initiatives have ranged from running a club to relieve summer holiday boredom for younger children in Carlisle to organising a dance event in Workington town centre. In Eden, students have worked with the Kirkby Thore Doorstep Green at the village’s Sanderson’s Croft development, where they spent time planting, pruning and weeding in the project’s green area.

William Ripley, Director of Learning and Adventure at the Outward Bound Trust, explained that everything they do with the young people has a deeper motive behind it: “It teaches that actions have consequences. When you build a raft, if you don’t build it properly it will fall apart and you will get wet. The young people we work with may be from the same community or even the same school, but have never met each other before. We mix them together then link them back to that community to embrace a community project.”