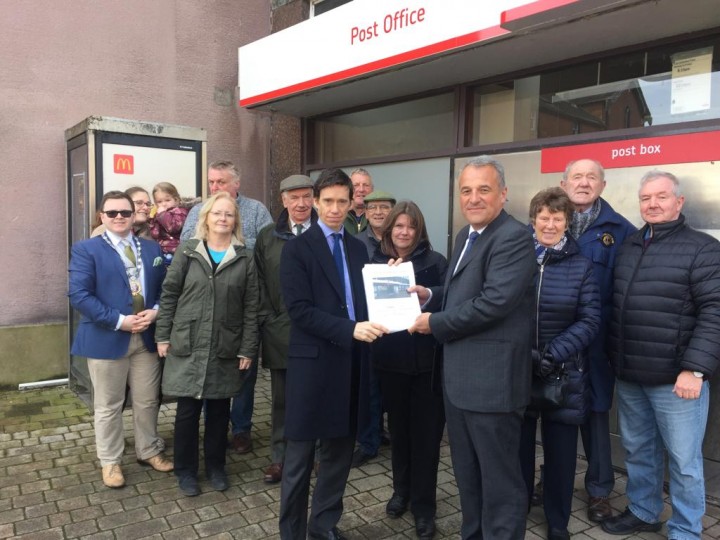 Almost four thousand people have signed a petition to save Penrith Post Office, which Rory gave to a representative from the Post Office’s management on Friday.

The petition, started by Mr Stewart and supported by a cross-party coalition of councillors, received a total of 3,682 signatures, which is equivalent to around 25% of Penrith’s population. The names were collected on physical copies of the petition which were circulated around the town, in addition to an online version which received around 1,500 signatures. The petition was handed to Richard Hall, External Affairs Manager, at a meeting on Friday, at which Mr Stewart again made clear the reasons why he and the town oppose the proposed relocation.

The Post Office announced its intention to relocate its Penrith operation from the current standalone site on Crown Square to the WH Smith on Angel Square in January. At the same time, a consultation was launched, to gauge the community’s views on the plans, with many raising concerns about the size and suitability of the space selected.

Rory said, “I would like to thank everybody who signed and supported this petition, which I am hopeful will make the Post Office’s management think again. The wonderful response which the petition received makes clear that the strength and breadth of opposition to this relocation and the community’s satisfaction with the current arrangement. Mr Hall listened to the concerns that we expressed on Friday – particularly about space and access in the new site – and I will continue to make this case in further meetings”.