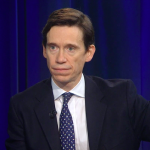 Rory met with The Farmer Network management team for an update on local projects run by the organisation.

The Farmer Network, founded in 2006, is a unique and independent organisation that is run by farmers for farmers, and currently has around 1,100 members. It offers expert advice to its members, from people used to dealing with the problems and challenges that today’s farm businesses often experience. The Farmer Network operates a sustainable business model and is well placed to continue providing a range of services and support for farmers, their families and their businesses.

Mr Stewart met with the management team, including Adam Day, Managing Director who joined the organisation in 2015. Mr Day explained the Farmer Network’s ethos to Mr Stewart, expressing his belief that farmers work best when they work together. He said that, by raising awareness of the Farmer Network and increasing membership, they have been able improve income streams and project funding. Rory was impressed to learn about the number of projects the Network is currently undertaking, especially business support for young people. He was particularly interested in the farming education project, which educates the public and tourists on how farms operate, in addition to their historic role in shaping the landscape of the Lake District. Rory then followed up by giving a short talk on his thoughts on Cumbria farming and the need for the community to prepare for change, which can often take an unexpected form.

Mr Stewart said “It is vital that organisations such as the Farmer Network continue to thrive, and support our farmers. In maintaining and developing a sustainable farming community though training and research, we can provide more jobs and opportunities for our young people, preserving our historic and important farms for generations to come. It was fantastic to hear about all the amazing work the Farmer Network is engaged with and I look forward to many such further meetings.” 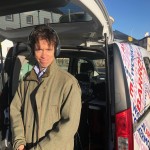 LISTEN TO RORY SPEAK ON THE WORLD THIS WEEKEND

Rory spoke to Mark Mardell on the World This Weekend about the Prime Minister’s Brexit Deal, the alternatives and the chances of it getting through parliament. You can listen to it here: 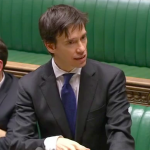 Every day I am told that my support for Theresa May’s Brexit deal makes me a traitor to my constituents and the nation. Some messages are from members of the UK Independence party; about half are from Remain voters.

Each assumes they alone truly speak for “the people” and that only a knave, or a coward, could fail to implement their will. A Brexiter wrote: “There’s nothing remotely British about MPs who sell their country to a hostile foreign power, you lying treacherous remoaner scumbag.” A Remainer tweeted that I was a “belittling shit” who should be “first against the wall”.

Britain now stands divided: north against south, Scotland against England, old against young — with neither side taking seriously the other’s values or identity. The strongest argument for the Brexit deal is that it addresses these divisions.

It can only do so because it begins by acknowledging that — whether or not the referendum should have been held in the first place — every single MP, and the government itself, promised to uphold the result of the 2016 poll; and that 52 per cent voted Leave and 48 per cent Remain.

In rehearsing this, I will, of course, anger those who assert — partly on the grounds that the public was poorly informed, and that politicians are liars — that the first referendum was invalid. They also seek — in part because the public, if not politicians, has changed — to solve the problems of the first referendum by holding a second. But I believe they are underestimating the damage that a second referendum would cause.

Anyone supporting a second referendum is gambling on “no Brexit or no deal”. Either would be significantly worse for the losing side than Mrs May’s deal. If Remain won, the campaign for a third referendum would begin at once. Britain would limp back into the EU, seeking to return to the family halfway through the divorce proceedings, with the other member states and international investors pityingly aware that there was already a campaign to Leave once more, and with many new, more radical parties taking the argument to the streets under the banner of betrayal. Divisions would be deepened, not resolved.

Ambivalence about Europe reflects longstanding aspects of our political culture, which cannot be simply wished away. Britain must now take the time to examine honestly what relationship it wants and can sustain with Europe. It must do this not on the level of theory but in detail — discussing trade not simply as abstract “prosperity” but through analysing real car factories, safe levels of nitrogen dioxide emissions, and practical proposals on how to handle checks on rules of origin.

It must examine the composition, drivers and impacts of immigration in more than purely economic terms. And it must develop our diplomatic relationship with Europe, not through platitudes about values but through investigating real choices in places such as Turkey or the western Balkans.

All this work on the future relationship must be done in a decade in which the EU will itself be integrating or unravelling in unpredictable ways. And the best place from which to do this (in part out of respect for Europe itself) is in a relationship that is close to Europe, without being in the EU.

Hence, the prime minister’s deal, which acknowledges the outcome of the referendum by withdrawing from EU political institutions, and which acknowledges that most Leave voters expected to end free movement of people (which makes a pure “Norway” option impossible). The deal also addresses the concerns of the 16m who voted Remain by retaining deep links to European markets and continuing to work very closely with European nations, from the frontiers of science to the frontiers of Russia.

This is why — even if the prime minister loses the “meaningful vote” in the House of Commons on Tuesday — we ultimately have to keep returning to something almost indistinguishable from her deal. Most of the “alternatives” floated in parliament claim, like hers, to represent the middle ground; but, unlike hers, they are only broad guesses about what could be negotiated with the EU, whereas hers is an actual agreement that has been reached after two years and many thousands of hours of practical negotiation.

A Brexit deal will never please those who want no Brexit or no deal. But this must be the most pragmatic and moderate response to a deeply polarised nation, to an uncertain geopolitical future and to fundamental features of our national culture. This is why I remain convinced that logic will prevail.

It may do so in the end through parliamentary arithmetic. But the result will neatly, if inadvertently, reflect much deeper British traditions of pragmatism and compromise, and a justified and longstanding suspicion of neat, but divisive, solutions. 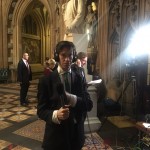 Rory appeared on the PM Programme with Evan Davis to discuss the legal advice given on Brexit and the Backstop by Geoffrey Cox, the Attorney General. Listen here:

He also appeared on LBC with Iain Dale: 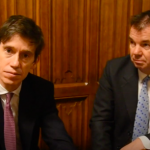 Rory and Guy Opperman sat down to discuss the Prime Minister’s Brexit Deal, why they support it, and what the alternatives are. Watch it here: 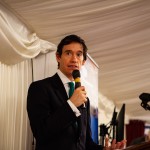 RORY TO HOST AN OPEN BREXIT BRIEFING FOR CUMBRIA 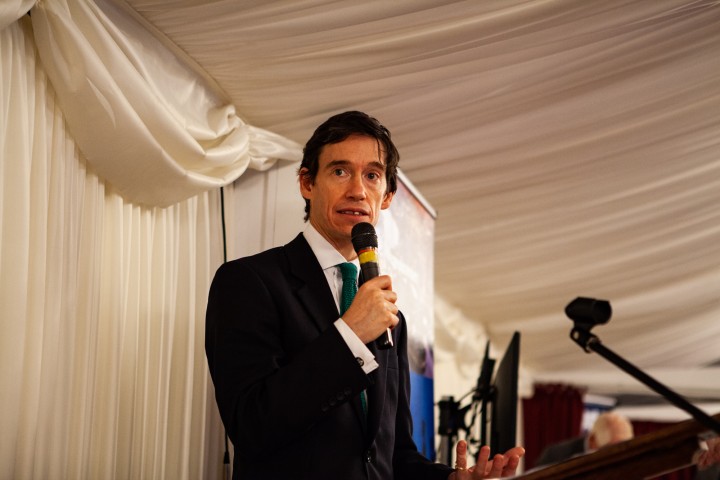 Rory is to host a public meeting on Brexit in Newton Rigg at 15:00 on Friday 7th December.

Mr Stewart will give a short talk, offering a timeline of the Government’s negotiation, in addition to an explanation of the contents of the Withdrawal Agreement and the Political Declaration. He will make the case for the Prime Minister’s Brexit Deal and will then answer questions from the audience on the subject. The event will take place at Newton Rigg Conference Centre and will last for an hour, with plenty of time for constituents to engage their MP on one of the biggest issues to face the country since the Second World War.

Mr Stewart has been a strong supporter of the Prime Minister’s Brexit Deal since its announcement last month. To that end, he has appeared on local radio and given comments to local newspapers and, nationally, has promoted the Brexit Deal on Newsnight, the PM Programme and Politics Live, arguing that it gives the country the best of both worlds: economic certainty, control over immigration and an exit from the European Union. On Friday he will make this argument directly to his constituents, just as he has done in the past on issues that have affected them.

Rory said, “I’m very much looking forward to Friday. The Brexit Deal, which the Prime Minister has negotiated, offers something to both Brexiteers and Remainers alike, and I will make this argument directly to the audience in my first public meeting on this subject since 2016. We need to unite around this deal, to heal the divisions of the referendum and to recognise the benefits and opportunities that it will bring. Public debate is the lifeblood of our democracy and, just as at meetings on issues such as the future of Lazonby Fire Station, I am confident that we can reach a consensus”.