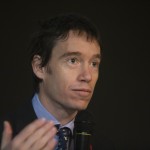 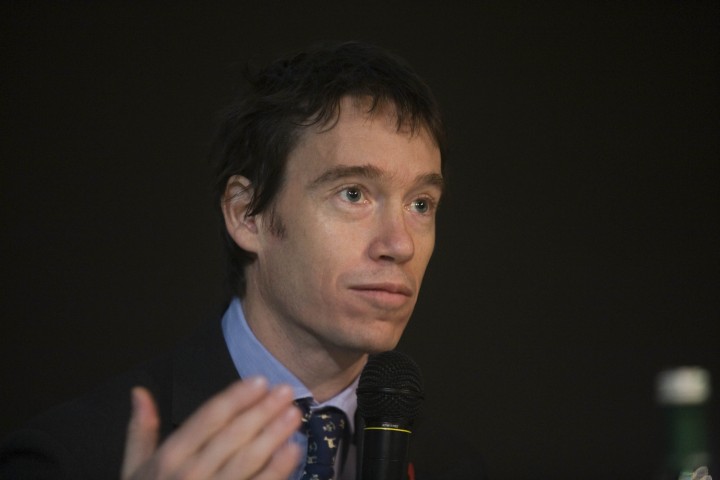 Rory is contacting all of Penrith and The Border’s parish councils to encourage them to take full advantage of the Government’s new Gigabit Voucher Scheme (GVS).

The GVS, which was announced by the Chancellor of the Exchequer in his Spring Statement, gives direct financial support to businesses and homeowners for the installation of new future-proofed ultrafast fibre connections. It has a national budget of £67 million and all small businesses, and up to 6 domestic properties per business, are eligible to apply either individually or collectively. Rory, for whom the provision of rural broadband has been a longstanding priority and whose efforts resulted in Cumbria being included in the national rural broadband programme, has taken an active interest in this scheme and is seeking to ensure that the opportunities of GVS are fully grasped across Penrith and The Border.

Since his election in 2010, Rory has been Cumbria’s most vocal proponent of better technologies, meeting with many providers and originally overseeing in 2011 the creation of community ‘broadband champions’. Now, in 2018, he is calling on a new generation of broadband champions to come forward.

Commenting on this approach Rory said: “I would love to see the Gigabit Voucher Scheme encourage a new generation of broadband champions who can lead their local efforts to plug the remaining gaps in coverage and ensure that we have the connectivity we deserve. Bringing a decent broadband service to every part of Penrith and The Border is a top priority for me and I will continue to push for further government support for rural broadband wherever possible”.

Anyone wishing to learn more about the GVS, or how to get involved as a broadband champion, should get in touch with Rory directly at [email protected] or by telephoning 01768 484114. 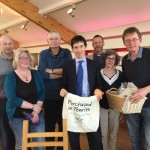 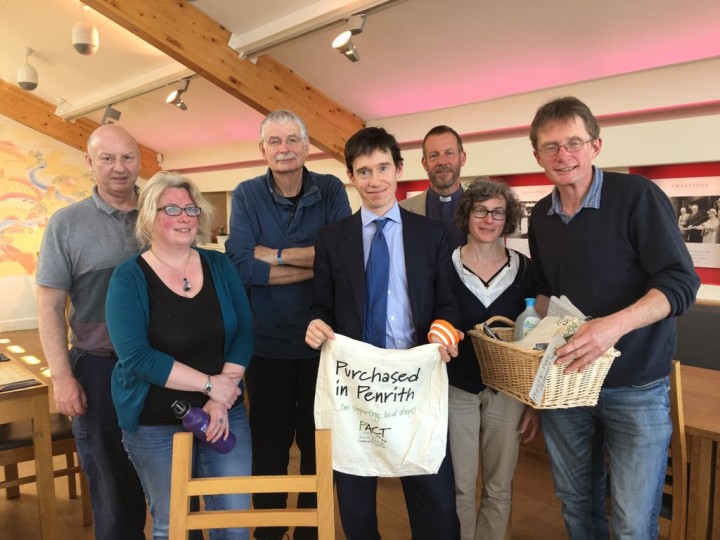 Rory Stewart MP has met with representatives from Penrith Action for Community Transition (PACT) to discuss both their grassroots campaigns, and the government’s environmental policies.

In the course of a productive conversation, the Government’s ongoing efforts to reduce the production and consumption of single-use plastics featured prominently. This is an issue in which Rory has taken a particularly keen interest since his time as Minister at the Department for the Environment, Food and Rural Affairs (DEFRA), when he introduced the plastic bag tax legislation, which has successfully decreased their use by over 85%. PACT has also vigorously engaged with this issue in various ways, most notably through the setting up of a new Refill scheme for Penrith.

Commenting on their meeting, Rory said: “It was a huge privilege to meet with Nigel Jenkins and his colleagues from PACT and to discuss some really key environmental issues, both local and national. PACT do the most fantastic work in and around Penrith, and their campaigns have already had a real impact. My time at DEFRA allowed me to play a modest part in the Government’s battle to reduce consumption of single-use plastics and I was proud to hear of PACT’s grassroots work to reduce Penrith’s consumption of these products. When we can marry local initiatives with national policy, we can create really positive change on the ground.”

Nigel Jenkins, of PACT, echoed these sentiments, saying: “PACT greatly appreciated the opportunity to meet with Rory to discuss ways to reduce our over-dependence on single-use plastic, given the obvious damage this is doing to our environment, oceans and wildlife. To respond to this challenge we will continue to raise local awareness and lead initiatives such as setting up the new ‘Refill’ scheme in Penrith, seeking to encourage change in consumer behaviour. To urgently achieve the necessary impact, PACT also strongly believes we do need rapid coordinated action across central and local government, along with a shift change amongst suppliers and retailers to move away from single-use plastic.”

Anyone wishing to help or learn more can get in touch with PACT at https://www.penrithact.org.uk/contact.