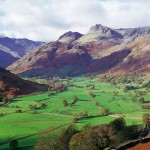 Rory Stewart MP has called the UNESCO World Heritage designation for the Lake District a “triumph for Cumbria”.

Rory – an early supporter of the campaign when Minister for National parks paid tribute to the wide Cumbrian support for the campaign from all parties and none. “We owe huge thanks to many hundreds of people – from writers, farmers, officials, and residents – to the long tradition of Lake District poets who first put our miraculous landscape on the global map.”

The campaign came to a successful conclusion after a UNESCO committee approved the bid on the 9th of July. The committee praised the area’s beauty, farming and the inspiration it had provided to artists and writers.

World Heritage status means that ​the Lake District ​National Park stands alongside other World Heritage Sites such as the Taj Mahal, the Tower of London and the Great Barrier Reef as a place of special cultural or physical significance.

Rory backed the campaign first as a Cumbrian MP, then as a writer, and then as Minister for National Parks.  He was a particular champion of its focus on the cultural heritage of small Lakeland family farms – “for their contribution to communities, our landscape, and our sense of history”.

“​I am so proud that the Lake District is receiving the international status that it deserves. ​Th​is is unquestionably one of the most beautiful parts of the world, evident in the ​eighteen​ million tourists we get each year. World Heritage Status w​ill ​boost tourist numbers and increase investment in the local area​, as well as symbolising how incredibly precious this landscape is.”​

“Yet we have so much more potential we can unlock throughout Cumbria – and this World Heritage success can enhance tourism, and boost employment, far beyond the national park boundaries – allowing us to share our local heritage with a much wider audience.”

Currently, 18 million people visit the Lake District each year, spending a total of £1.2bn and providing about 18,000 jobs. 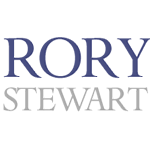 Message from Rory Stewart, Minister of State for Africa

I am delighted to share this recent post from the FCO and DFID regarding my new cross-departmental role in government.