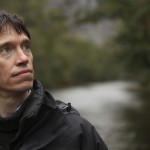 Rory Stewart MP is encouraging primary-school aged children to take part in a Royal Mail competition to create the official Christmas Stamp for 2017, and has written to all primary schools in Penrith and The Border to launch the competition locally.

“I’m delighted to launch this competition in Penrith and The Border, which is an amazing opportunity for local children to have their design appear on millions of items of mail sent over the Christmas Period. Only three times in Royal Mail’s history has the Official Christmas Stamp been designed by children – and let’s hope that this year is our year!”

Resource packs are available at www.royalmail.com/stampcompetition. All entries must be received by the closing date of Friday 17th March. Winners will be announced by the end of July. 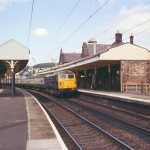 Rory Stewart MP has praised the work of Network Rail in supporting economic growth in Penrith and The Border and across Cumbria, following the announcement of £1 billion of improvements across the North of England. Rory has welcomed the ‘Great North Rail Project’ announcement, which includes a power supply upgrade to the West Coast Main line, which runs through the heart of his constituency.

Rory has worked closely with Network Rail over the past years to improve facilities across the seven stations in his constituency. Most recently, he successfully campaigned for a new lift and footbridge at Penrith station, which has improved accessibility to the area’s main railway station; and has visited the remedial work along the Settle-Carlisle line at Eden Brows.

This latest investment has been warmly welcomed by Rory Stewart who said:

“Cumbria’s rail network is vital to economic growth, and is also a valued and much-loved service used by locals, businesses and visitors. Network Rail is in the middle of the biggest programme of rail modernisation since the Victorian era, and this will have a significant positive income on our communities. Network Rail’s Railway Upgrade Plan is benefiting local companies with £276 million being spent through 324 North West-based businesses in the past year, and I very much welcome it.”

“In Penrith and The Border, Network Rail employs 116 people, and last year it spent £40,148,843 on local businesses – which was one of the highest spends in the North West! This commitment to our local railways boosts economic growth in Cumbria, allowing local businesses to connect with enterprises across the UK. 171 years since the railways first came to our area, they remain hugely important to our local economy, and this investment shows the value Network Rail places on Penrith and The Border,” says Rory.

Across Britain, Network Rail supports an estimated 154,350 jobs with 36,000 people directly employed and a further 117,750 jobs in their supply chain. During 2015/16, Network Rail spent £7 billion through 3,435 companies across Great Britain, 2500 of which were small or medium enterprises. 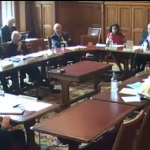 Rory appears before the International Relations Committee on 8 March 2017 in his role as Minister of State at the Department of International Development.

Please note that Rory Stewart, MP for Penrith and The Border, will be holding a drop-in surgery in Penrith’s George Hotel as follows:​

No appointment is necessary, and all constituents are welcome. More information can be found at www.rorystewart.co.uk/surgeries