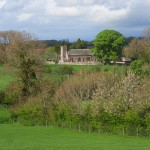 The small and sparsely populated parish of Sebergham has successfully trialed a world-first mobile and broadband technology, thanks to the efforts of EE, local MP Rory Stewart, local councillors and the community group, Northern Fells Broadband. The creation of new micro networks that wirelessly connect small mobile antennas to a nearby macro site, will see all 129 households and small businesses in Sebergham receiving data and voice connectivity from only three ‘meshed’ small antennas. This unique, low impact technology does not need any fixed broadband to connect into the wider network, and an antenna can be installed on to any building in just a few hours, without the need for planning applications.

This trial is the latest success for the Northern Fells area, and stems back back to the work of the Penrith and the Border MP in 2011, when his parliamentary motion forced telecommunications regulator OFCOM to increase the coverage target for the 4G mobile spectrum from 89 per cent of the British population to at least 98 per cent – dramatically increasing coverage in rural areas. In the three years since, Rory Stewart has worked with EE to launch a trial 4G mast in Threlkeld, which was subsequently extended to cover over 2000 residents and businesses across over 100 square miles in the Northern Fells.

EE announced that Cumbria has the highest data usage per person of any region in the UK, highlighting the importance and centrality of broadband technology to rural businesses and residents in particular. This latest ‘wire mesh’ technology will make it significantly easier and more cost effective to deliver superfast broadband and mobile coverage to the most rural communities, whose isolation and rurality has made it difficult to form a strong commercial case for investment in the necessary infrastructure up until now.

“This is the first time we have seen this revolutionary technology in the UK. It has the power to transform rural Britain, providing a very cost-effective way of delivering mobile and broadband services to sparsely-populated areas. Cumbria has again taken the lead, and this is the perfect example of the private sector working alongside the public, to deliver something of incredible value to our local communities and small businesses. Sebergham and the Northern Fells Group have proved what is possible with the energy and drive of the local community, and the challenge now is to roll this out further and deeper into every last home and business in Cumbria.”

“The mobile service here is either non-existent or spasmodic at best. And the broadband is incredibly slow and very unreliable. In rural communities like Sebergham, being connected to good, reliable mobile coverage can make a significant difference to everyday life and we need fast broadband. We’re delighted to be the first community in the UK to benefit from this EE initiative, and there are more villages in my parish that I know will benefit hugely from this, and they’re excited to be connected next.”

“With this innovative new technology, we have the capability to connect every community in the UK, and we estimate that we’ll be able to bring reliable voice coverage and high speed mobile broadband to more than 1,500 places for the first time by 2017. We’ve been working closely with Government on the long-term ambition to bring voice coverage to more of the UK, and we believe that this world-first technology will demonstrate significant advancements against that vision. Areas across the UK are being analysed now for connectivity, and the first deployments will be started in early 2015. In reports from Ofcom, EE has recently been named best for rural call quality and reliability, and best for 4G and 3G speeds and coverage.” 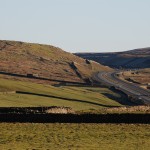 The government announced today that it will take forward Rory Stewart MP’s campaign – for dualling the A66 – to the next level, by conducting a full feasibility study of the route. They have also agreed to the push from John Stevenson, the Carlisle MP and Guy Opperman, the Hexham MP, supported by Rory Stewart, for a study on dualling the A69 between Carlisle and Newcastle. The “Trans-Pennine” initiative by the Department of Transport will focus on creating a strategic link between the West and the East coast across the Pennines in northern England.

The announcement on the A66 is a result of lobbying by Rory Stewart MP to address the serious congestion and safety issues on the A66 – which he argued has been “the major link between the North-West and the North-east since the time of the Romans.” The lobbying has included meetings with Highways engineers and contractors, research into past engineering designs and plans and  discussions with local councillors and officers of both the County Council and the Highways Agency, in Cumbria. In London, the MP has held six separate meetings with ministers and officials in the Department of Transport. He was also able to address the issue in a parliamentary debate, and discuss the issue directly
the Secretary of State for Transport Patrick McLoughlin on his Cumbria visit in 2013.

At the same time John Stevenson and Guy Opperman MP have taken the lead, supported by Rory Stewart in pressing for dualling the A69, creating a better link between Carlisle and Newcastle. The A69 has also been a major focus over the past year, including meetings with the A69 and A689 parishes, town-hall discussions, engagement with councillors and with the Cumbria Association of Local councils – particularly focused on how to ease congestion at Warwick Bridge.

The much-needed Department of Transport study into the two roads is part of an ambitious £15 billion plan announced today to triple levels of spending on roads by the end of
the decade. The government is investing in more than 100 new road schemes over this parliament and next, 84 of which are brand new today. For Cumbria and the north-west region, it signifies an investment of around £800 million and an estimated 600 new jobs.

Rory Stewart MP said: “This is a major win for the communities of north Cumbria. The A66 has been due for improvements for decades. So many of us are affected by the delays, the congestion, and the serious safety issues on the route. The link will unlock the economic potential of Penrith and the M6 corridor. I am also delighted that they have backed John Stevenson and Guy Opperman MP’s long campaign for improvements to the A69, which I have been proud to support.

Today’s announcement shows that government has listened and will act, and with the North Pennine Study we have the opportunity to make major changes to the way our roads operate, enhancing their capacity and thus investing in our economy, whilst crucially making them safer and more convenient for constituents. I am absolutely delighted with today’s result and want to thank all those constituents who have engaged with me on the matter over the past years, who should congratulate themselves on bringing about this excellent news. But we still have a long way to go – this study is only the first stage in the task – and we won’t cease the lobbying until the dualling is complete.”

Secretary of State Patrick McLoughlin said: “Today I am setting out the biggest, boldest and most far-reaching roads programme for decades. It will dramatically improve our road network and unlock Britain’s economic potential. Roads are key to our nation’s prosperity. For too long they have suffered from under-investment. This government has a long term plan to secure the country’s future and this £15 billion roads programme is demonstration of that. Better roads allow us to travel freely, creating jobs and opportunities,
benefiting hardworking families across the country.”

Chancellor of the Exchequer, George Osborne, said: ”Our long term economic plan means today we can invest an unprecedented £15 billion into Britain’s infrastructure to improve repair and expand our roads. Our plans will transform some of the country’s most important strategic routes, with ambitious projects to dual the A303, A1, A27 and the A47 as well as spending on important local infrastructure boosting productivity and helping local economies. For years our roads have been neglected. Now that this government is fixing the economy, we can afford to invest properly in our roads – unlocking jobs for the future and local growth by creating a road network that is fit for the 21st century.”