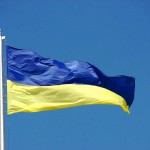 Today I returned to Penrith from Ukraine. (Parliament is in recess, and I was following up a report, which our Defence Committee has just written on Russia, Ukraine and the Balkans). Yesterday, I had dinner in Kiev with two ex-Defence ministers, a pony-tailed karate instructor, and two veterans of the Soviet war in Afghanistan. The veterans presented me with a medal, which they claimed I was only the eighth person to receive. It transpired it was minted last week. On my right was a student, who was launching a Ukrainian English language TV channel: she hoped people in Britain would then watch Ukrainian TV, and adopt the Kiev view of the conflict. All the men had it seemed been fighting on the frontline. One explained that the training course had been two days long, and that his unit was struggling with its missiles. Everyone seemed exhilarated by the war, apart from one man with a much younger woman on his arm. He described himself as special adviser to a minister. He was also the minister’s cousin. He looked up only once from his mobile phone, to deliver a lecture on his family tree, which he claimed he could trace back over 2,500 years.

The main conversation was about medieval history. At first, I thought this was a red herring. But it was relevant. Somewhere, hundreds of miles further east, people were dying in part, it seemed, because of different views of medieval history. One side thought the real Russia was centred in Kiev – on the basis it seemed of a tenth century Viking capital – and the other thought the real Russia was centred in Moscow. Nobody emphasised that for most of the last six hundred years, the territory around had been part of a vanished state ‘the Grand Duchy of Lithuania’ – with a culture part-Lithuanian, part-Polish, part-Ruthenian and part-Jewish.

Igor Girkin “Strelkov”, the military commander of the separatists – their enemy – was from Moscow. My dinner companion liked to describe him as a senior officer in the FSB (the new Russian KGB). The reality seemed less straightforward. As a young man he had joined the Serb militia, fighting in Bosnia. Then he returned to university to complete his history degree. Freshly graduated, he went to war in Transnistria and then in Chechnya. After two decades fighting in the world’s murkiest conflicts, funded and armed by secret services, serving alongside gangster warlords, he apparently returned home, battle-scarred, and radicalised, disgusted by the decadence of the West, and determined to purify civilisation. There, he seemed to have made contacts with oligarchs opposed to Putin, and developed his ultra-nationalist vision of Imperial Russia.

Some of this sounded a bit like a British teenager from Birmingham or Cardiff going off to fight in Afghanistan or Syria. (And you can see why some people said Putin packed him off because he thought Girkin was too dangerous at home). But there was another side to him. In Google images he appears, with his droopy moustache, in a group of historical re-enactors. In one he is dressed as a Roman Centurion; in another, he is dressed as a Russian officer of 1919, commanding an ancient machine gun detachment. He seems to have posted a message (hastily deleted) on Russian Facebook taking credit for shooting down the MH 17. People disagree about whether he was a full officer in the Secret Service, or instead always on the fringes, and picked up and paid only when it suited his Russian handlers.  In any case, no-one pretended he was from anywhere nearer than Moscow: 1000 kms from the Ukrainian town he was now commanding.

Girkin and Putin seem to feel Ukraine is really part of Russia. They believe its population, coal and iron, and industries will make Russia stronger (though foreigners find it difficult to believe that these vast decaying industrial facilities, which apparently lose Kiev a billion dollars a month, can be that attractive). They feel Ukraine is vital to the defence, prestige and power of Russia. They believe in the idea of Russia’s greatness and the decadence of the West. And Putin has invested so much personal pride in Ukraine that he may now find it almost impossible to back-off.

Extreme Russian nationalists are, however, the exception among the separatists. Many are ordinary Ukrainian steel workers and iron-ore miners. They have no clear view on whether they want to be independent or part of Russia. But they all agree they want to have nothing to do with the government in Kiev. Even if Russia were to withdraw now, these men might continue an insurgency. Ukraine, till this began, was a middle-income state that had been at peace since the Second World War. The people around the table with me last night – now delighting in war, in their own heroism, and rehearsing their partisan accounts of the conflict, and the medieval history of their nation – were, until six months ago, students, publishers, sportsmen, politicians and charity workers.

– ‘Woeful’ Nato not capable of defending against a Russian attack, MPs warn

– Russian threat: Britain has taken its ‘eye off the ball’