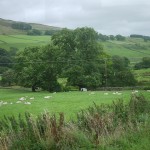 Rory has recently engaged in a series of meetings with local farmers from across his constituency to better understand the concerns and problems currently facing the local farming industry, including with the Appleby branch of the NFU and Penrith’s 1A1 Club.

Following disastrous weather conditions over the past 18 months which has seen a significant rise in livestock diseases, and led to a severe shortage of silage for winter feed, many farmers in the region are facing severe hardship over the coming months. Rory had asked local farmers to put together a dossier of evidence that he has now shared with the NFU in order to better identify potential sources of funding that may be available for farmers experiencing such difficulties.

At the most recent 1A1 (‘One Hectare, One Cow’) Club meeting in Penrith, where Rory was invited to talk to local members of the farming community in an open question and answer session, he reiterated the vulnerability of local communities in Cumbria to the problems of agricultural industry. He stated in the meeting:

“The value of British farms cannot simply be measured in terms of food security – as important as this is. Farms are valuable in and of themselves and form part of the fabric of British culture, heritage and history. Much more still needs to be done to ensure a fair price for farmers’s work and produce, and it needs to be better recognised that the economic viability of British farms impacts upon our entire society.”

The 1A1 meeting also allowed the local MP the opportunity to begin to identify measures that would be supported by local farmers that could help limit further outbreaks of Bovine TB and prevent the disease becoming endemic within Cumbria. The MP’s suggestion of potentially introducing post-movement testing on all livestock bought in a zone which currently has one or two year testing in place was met with a largely positive reception by members of the 1A1 club. Speaking on the matter Rory said:

“The consequences of endemic bovine TB would be catastrophic in Cumbria in a way they have not been in other parts of the UK – agriculture represents 23% of our local economy.  Based on talks I have had so far with local farmers, introducing post-movement testing to Cumbria as a pilot scheme could be an effective way of preventing the spread of this disease – striking the necessary balance between risk and cost. It is important there is a real consensus amongst Cumbrian farmers for such a proposal before taking it any further however, and so I am encouraging local farmers to contact my office to relate their concerns and insights into managing Bovine TB.” 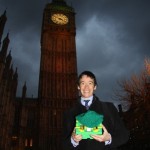 Rory has welcomed £357,000 of funding for the Cumbria Affordable Warmth Partnership to help keep some of the poorest people in Cumbria warm this winter. The investment comes from the government’s ‘Warm Homes Healthy People’ fund which invited local authorities to bid for money from the Department of Health to reduce deaths over the winter months. The initiative has been praised by the local MP, who is a strong advocate of winter warmth support for the more vulnerable in Cumbria – he has been an active supporter of the Cumbria Community Foundation’s Winter Warmth Project since election.

This money will help fund:

• Energy efficiency projects to the most vulnerable people.

Rory – pictured here at Westminster with one of Cumbria Community Foundation’s Lego Houses, representing their campaign logo this year – said: “People in Cumbria will I am sure be pleased to know the Government is putting almost £360,000 behind efforts to help keep the most vulnerable members of our community warm this winter. This is a fantastic commitment to our local winter warmth initiatives, such as Cumbria Community Foundation’s annual appeal. Once again the Prime Minister’s commitment to supporting hard pressed people is being shown. Along with discounts to energy bills, boosting cold weather payments, protecting winter fuel payments and getting customers the lowest tariffs, this action shows how serious Conservatives in Government are about helping people with the cost of coping with the cold.”

“I would also like to take this opportunity to remind constituents to call the Home Heat Helpline, which exists to help let people know if they are eligible for financial assistance towards their heating. Approximately 3,900 households in Penrith and the Border are eligible for support, and the Home Heat Helpline will offer free and impartial advice about your heating needs this winter. Please do call 0800 33 66 99 to find out more.”